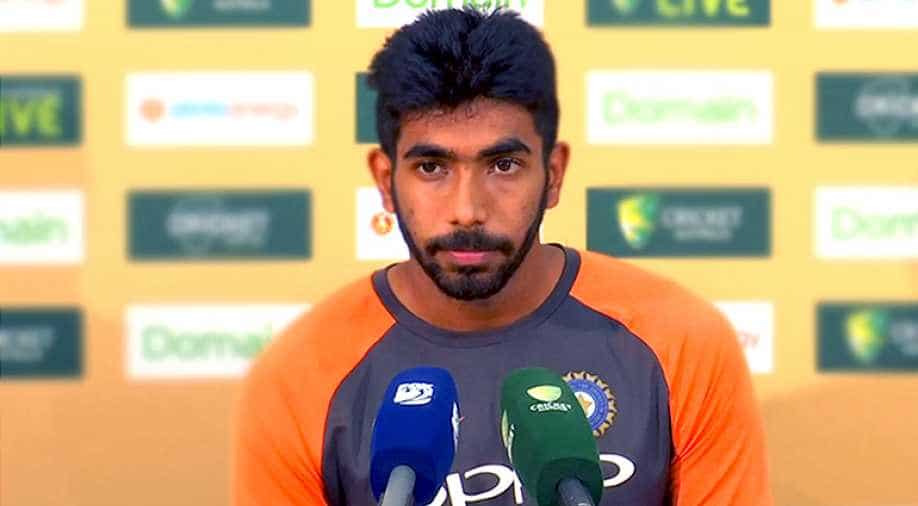 India's star bowler Jasprit Bumrah, in his first year in Test cricket, took a career-best 6-33 as India took control on the third day of the third Test against Australia.

He later explained what he thinks on that particular ball and his career-best bowling haul.

While speaking to the media, Bumrah said that when he was bowling on day three, wicket had become really slow and the ball became really soft.

He said on the last ball before the lunch, Rohit Sharma asked him to try a slower one, what he usually does in the one-day formats.

Bumrah said he was trying to bowl a fuller slower ball and the plan really worked.

India built a 346 run lead as Australia were bowled out for 151 in their first innings, in reply to the tourists 443-7 declared.

Bumrah broke the 39-year-old record held by spinner Dileep Doshi as he registered the most number of wickets taken by an India bowler in a debut year.

"We lost a few more wickets than we wanted to but we'll assess tomorrow morning and we'll try to add as much as we can and then hopefully get them out," Bumrah told reporters.

The four-Test series is level at one-all and earlier, India have never won a Test series in Australia.