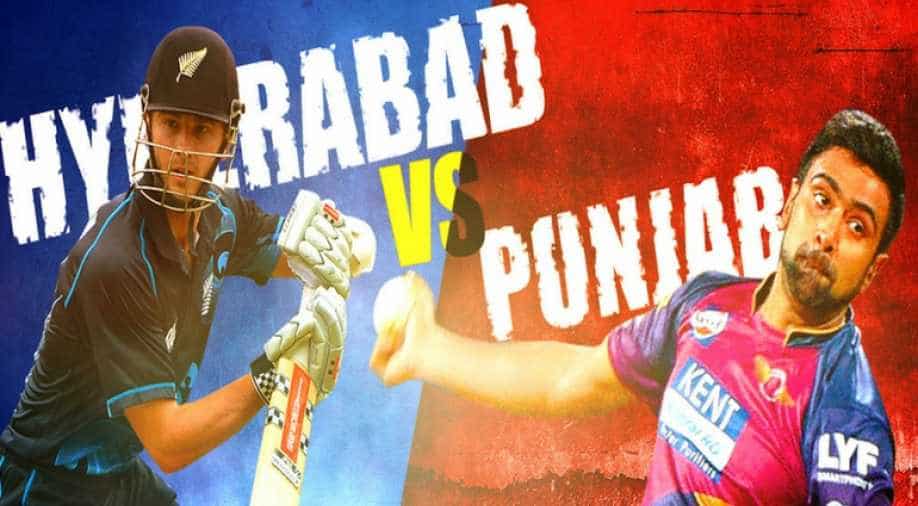 A charged-up Hyderabad will have revenge on their minds when they face an in-form Punjab in the Indian Premier League on Thursday.

In their previous encounter, Punjab defeated Hyderabad by 15 runs after Chris Gayle smashed a ton in Mohali.

Hyderabad, on the other hand, defended a modest 118 against Mumbai on Tuesday to bring their campaign back on track after suffering back-to-back defeats.

Despite missing the services of injured Bhuvneshwar Kumar, Sunrisers showed their bowling prowess.

Pacer Siddarth Kaul and leg-spinner Rashid Khan helped the home team dismiss the two-time champions for 87 on a slow wicket at the Wankhede Stadium to record a 31-run victory.

Skipper Kane Williamson, is indeed the backbone of the franchise,  and is leading from the front with 259 runs. Even Kaul is standing out with nine wickets in the tournament so far.

The West Indian T20 exponent Gayle has looked in ominous form this season with a hundred and two fifties.

However, Gayle had missed the last match against Delhi Daredevils as he was a bit sore and Punjab would hope the opener makes it to the playing XI today.

His opening partner KL Rahul too has looked in good touch scoring 236 runs including two half-centuries.

Punjab will be again banking on the dangerous duo to give them another flying start while Hyderabad will be focused on dismissing them cheaply.

In Bhuvneshwar's absence, Siddarth and Basil Thampi will have to take the responsibility early on and the spin trio of Rashid, Shakib Al Hasan and Mohammad Nabi will hold the key in the middle overs.