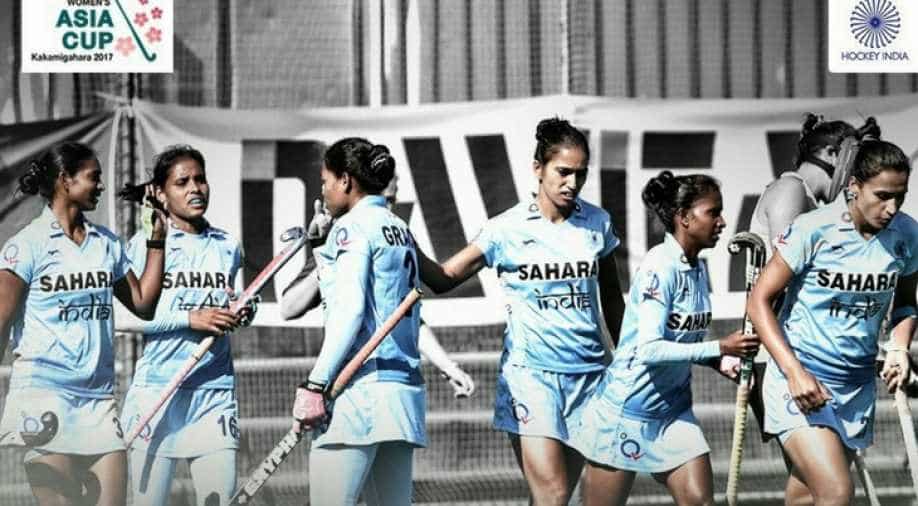 The Indian women’s hockey team qualified for next year’s World Cup after defeating China 5-4 via a shootout in a nail-biting Asia Cup final on Sunday.

It was 1-1 at full-time after China found a late equaliser by Tiantian Luo, who converted a penalty corner in the 47th minute.

India had scored through Navjot Kaur in the 25th minute of the game. The triumph of the Indian women’s team follows the Asia Cup victory of the men’s side last month.

Skipper Rani Rampal and Goalkeeper Savita played a big role in India's win.  in the sudden death round after the scored were tied at 1-1 during full-time and 4-4 at penalty shootout.

India had a historic win after almost 13 years, they had won the title in 2004 when they beat Japan by 1-0, in Delhi.

India has successfully secured a place in the FIH World Cup in 2018 with the victory.

South Korea secured third place with a 1-0 win over Japan earlier in the day.