IND vs SCO, T20 World Cup 2021 prediction: Who will win today's match between India and Scotland? 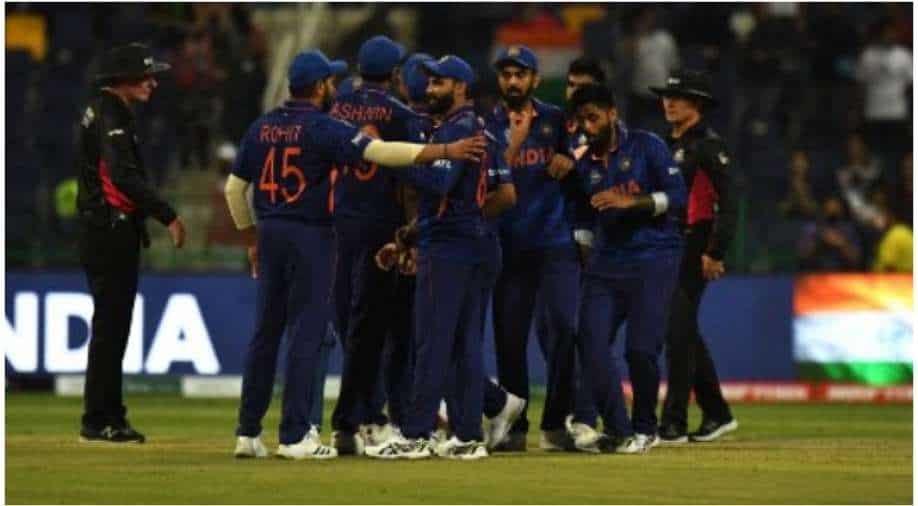 T20 WC: Who will win today's match between India and Scotland? Photograph:( AFP )

India take on Scotland in match 37 of the T20 World Cup 2021 edition, in the UAE. Will India make it two wins in a row and remain alive in the semi-finals race?

Team India will face Scotland in match 37 of the T20 World Cup 2021 edition, being held in the UAE. The Virat Kohli-led Indian team will be squaring off with the Scotland cricket team for the second time in T20 WC history. However, the last face-off was during the 2007 T20 WC, when the match got abandoned due to rain without a ball being bowled.

India are coming into this game on the back of a 66-run win over Afghanistan. After two flop games, the Men in Blue finally looked in their zone versus the Mohammad Nabi-led Afghan side. Their batters finally played with a lot of freedom and looked in their comfort zone despite being asked to set up a target. While the pitch was also favouring them, as compared to the ones offered in Dubai, they will like to follow the same approach as Virat Kohli & Co. still need to work on their NRR and attain two big wins in the remaining two encounters for the semi-finals spot.

Scotland, on the other hand, have been disappointing in the Super 12 round. After a solid start in the warm-up games and the qualifiers, the Kyle Coetzer-led side haven't lived upto expectations with a big defeat versus Afghanistan and two close losses, against Namibia and New Zealand. They will hope to produce their best performance versus India and then sign off on a high against Pakistan.

ALSO READ | T20 World Cup, NZ vs NAM live streaming: When and where to watch New Zealand vs Namibia match?

Match prediction for India-Scotland encounter: The pitch in Dubai has been favouring the chasing side. Both teams will be eager to bat second, with dew also likely to play a part in the evening fixture. However, in the last game New Zealand defeated Scotland at the same venue, batting first (by a slender 16-run margin). Hence, toss will again play a crucial role. India will be eager to bat first and work on their NRR by posting a big score.

While the margin of victory cannot be predicted, India is expected to continue their winning win and keep their slim chances alive of entering the semi-finals.