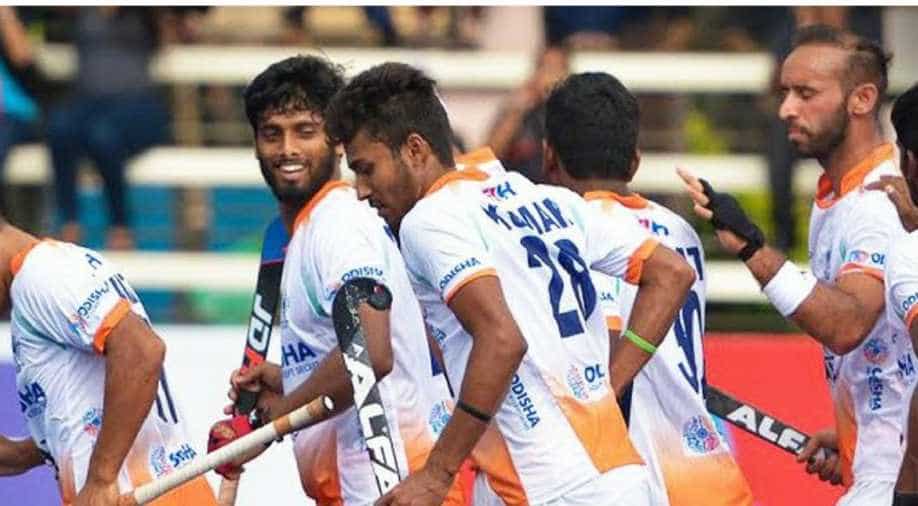 Indian hockey players in action during the match. Photograph:( Twitter )

The play was stopped in the fourth quarter due to heavy rain. At resumption, India was reduced to 10 men though a last-gasp effort from Talwinder Singh almost found the equaliser for India.

India next plays England tomorrow. The other teams taking part in the tournament are Australia, Ireland and Malaysia.

Drag-flick specialists Rupinder Pal Singh and Harmanpreet Singh too have been rested.

FT. Argentina take the spoils in the opening match of the 27th Sultan Azlan Shah Cup on 3rd March, but India's encouraging performance showed signs of grit as they fought back from two goals down and kept the pressure on till the end.#IndiaKaGame #INDvARG #SultanAzlanShahCup pic.twitter.com/6IRt3NEiDW