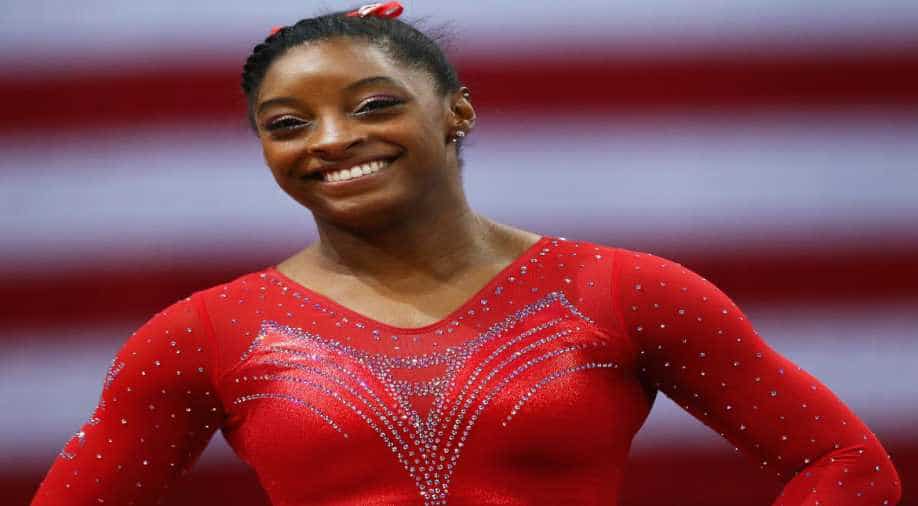 Biles has set her sights on the games in Rio where she is expected to challenge for five gold medals. Photograph:( Getty )

Follow Us
Gymnast Simone Biles on Monday described her excitement at having made the US Olympics team after she recorded yet another crushing victory at the US Olympic women's gymnastics trials a day earlier.

"It's still unreal at the moment, but it's still very exciting 'cause I know that I am on the team but it's still sinking in," Biles told journalists in San Jose.

The three-time reigning world all-around champion, who has not lost a major competition since 2013, will lead a powerhouse US squad into Rio that includes London Olympic gold medalists and Fierce Five team mates Gabby Douglas and Aly Raisman, 16-year-old Lauren Hernandez and Madison Kocian, the reigning world champion on uneven bars.

Already in the discussion as the greatest gymnast of all-time, Biles punched her ticket to Rio in what has become typically ruthless style outdistancing the rest of the elite 14 women field by a whopping 2.100 points.

With the formality of making the US team out of the way Biles has set her sights on the games in Rio where she is expected to challenge for five gold medals.