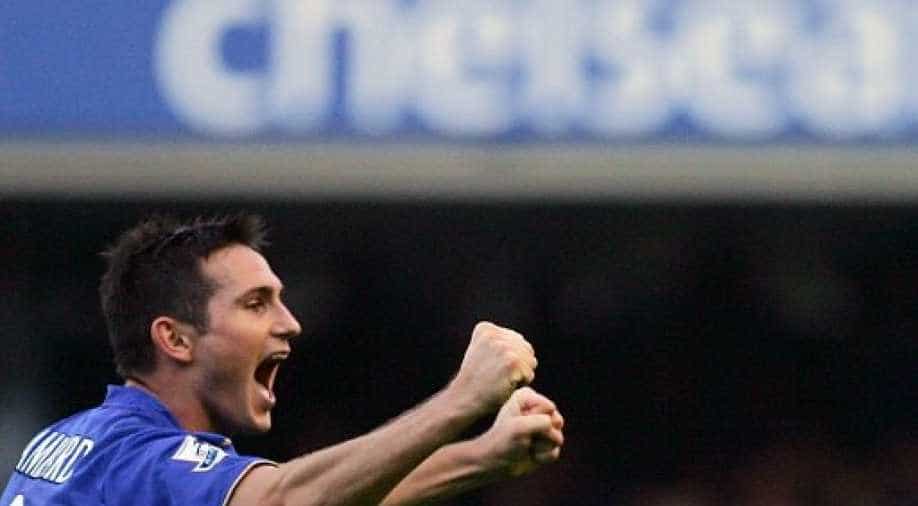 Lampard scored 10 or more Premier League goals in 10 successive seasons for Chelsea and peaked with 22 as he picked up a third Premier League winner's medal in 2009-10. Photograph:( AFP )

Former England and Chelsea midfield star Frank Lampard retired on Thursday aged 38, calling time on a playing career that will be remembered as one of the Premier League's finest.

Lampard did not reveal what he plans to do next, but said he was grateful to the Football Association for the opportunity to do his coaching badges, suggesting he may go into management.

Chelsea's record goalscorer said he had turned down "a number of exciting offers" to carry on playing in Britain and abroad.

"After 21 incredible years I have decided that now is the right time to finish my career as a professional footballer," Lampard wrote on Facebook.

"I'm immensely proud of the trophies I've won, of representing my country over 100 times and of scoring more than 300 career goals."

Lampard left New York City FC in the autumn and also played for West Ham United and Manchester City in the Premier League.

But it was at Stamford Bridge where he really made his name as a prolific midfielder.

He scored 211 times for the Blues and won every major club honour, netting the goals which in 2005 secured the club's first championship title in 50 years.

"Of course, the largest part of my heart belongs to Chelsea Football Club, a club which has given me so many great memories," Lampard wrote.

"I will never forget the opportunity they gave me and the success that we managed to achieve together. It is impossible to give thanks individually to all the people that helped and supported me in my 13 years playing there.

"All I can say is from the day I signed until now and going forward, I'm eternally grateful for everything and to everyone. Chelsea fans gave myself and my teammates such incredible support.

"Their passion and hunger drove me on personally to give my best year after year. I couldn't have done it without them."

Lampard was a pivotal figure in the greatest period in Chelsea's history as he helped the west London club win the Champions League, three Premier Leagues, four FA Cups, two League Cups, the Europa League and a Community Shield.

He thrived under Jose Mourinho's management, scoring 13 goals in their 2005 title-winning season and netting 16 times the following season as Chelsea retained their title.

In 2006, he finished runner-up to Barcelona forward Ronaldinho in both the Ballon d'Or and FIFA World Player of the Year awards.

Lampard scored 10 or more Premier League goals in 10 successive seasons for Chelsea and peaked with 22 as he picked up a third Premier League winner's medal in 2009-10.

After many years of agonising near misses, including a penalty shoot-out defeat against Manchester United in the 2008 final, Lampard finally capped his glittering career with Champions League glory in 2011-12.

Lampard's retirement drew tributes from across the world of football.

"After all those Chelsea battles and Frank Lampard now retiring, I can finally admit the respect I had for him and that he was a great player," said former Liverpool defender Jamie Carragher.

"He was definitely a world-class player for a long period of time," former Chelsea winger Pat Nevin told the BBC.

"I don't think we rate him as highly as we should do. He was a better all-round footballer than he was given credit for."