Don't want controversies but questions will be raised if New Zealand lose against Afghanistan: Shoaib Akhtar 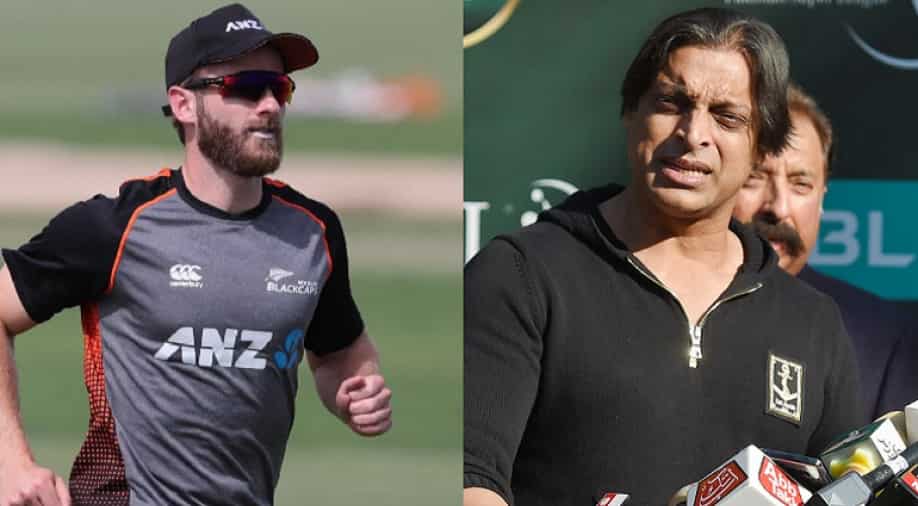 Former Pakistan pacer Shoaib Akhtar has said questions will be raised if New Zealand fail to beat Afghanistan in their final Super 12 game of the ongoing T20 World Cup 2021.

Former Pakistan pacer Shoaib Akhtar feels questions will be raised if New Zealand fail to beat Afghanistan in their last Super 12 clash in the ongoing T20 World Cup 2021. The result of the New Zealand-Afghanistan will decide Team India's fate in the tournament as Virat Kohli & Co.'s hopes rest on the shoulders of Afghanistan.

If Afghanistan manage to beat New Zealand, India will have a chance of finishing second in Group 2 and qualify for the semi-finals. However, if New Zealand beat Afghanistan, India's campaign in the T20 World Cup 2021 will be over even before they take the field in their final Super 12 game against Namibia on Sunday (November 07).

India have kept their semi-final hopes alive with back-to-back big wins against Afghanistan and Scotland in their last two games but their fate no more lies in their own hands in the tournament. New Zealand and Afghanistan will meet in Abu Dhabi on Sunday and the eyes of all Indian fans will be on the contest.

In a new video on his YouTube channel, Akhtar said he wants to refrain from controversy but questions will be asked if New Zealand lose against Afghanistan on Sunday. Hinting at the rumours of match-fixing, Akhtar said it will be hard to stop what is being said on social media in case of a New Zealand defeat which will hand India an advantage in the competition.

"I think New Zealand is a better team than Afghanistan, god forbid, if they don't win, there will be a problem, no one will be able to stop what's being said on social media," he added.

As far as Group 2 is concerned, Pakistan have qualified for the semi-finals with four wins in four matches and are placed on top of the table with 8 points. New Zealand are at the second spot with six points and a net run rate of +1.277. India and Afghanistan have four points each from four games but India are ahead with a better net run rate of +1.619 compared to Afghanistan's +1.481.

If Afghanistan are to qualify, they will have to beat New Zealand by a big margin and hope India lose against Namibia or win by a small margin which keep the Kohli-led side behind in the net run rate.