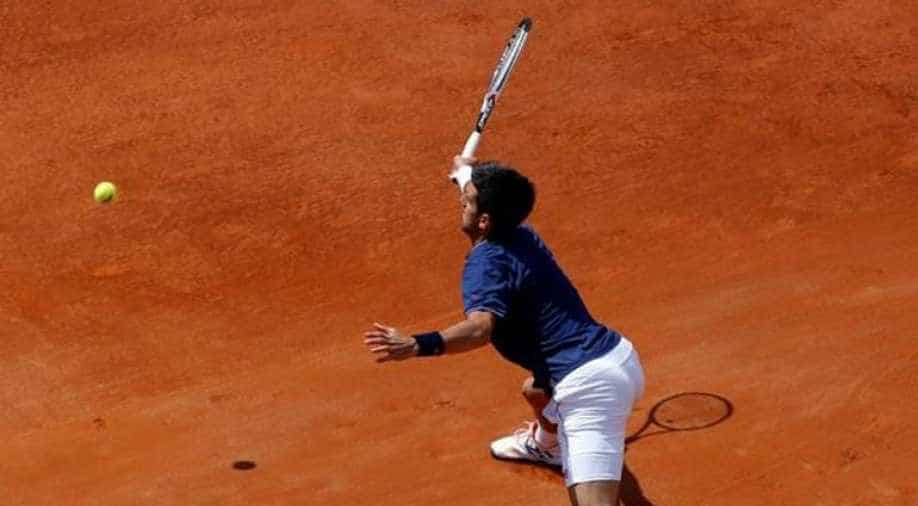 'It was my best performance of the year,' said Djokovic after his 59-minute win over Thiem who had knocked out Rafael Nadal in the quarter-finals. Photograph:( Reuters )

Novak Djokovic overcame having to play twice in a day before cruising into the final of the Rome Masters with a ruthless 6-1, 6-0 win over Dominic Thiem on Saturday.

Djokovic, the former four-time champion, was forced to finish his quarter-final over Juan Martin del Potro earlier in the day after their match was rained off late on Friday.

But the setback seemed only to inspire the 30-year-old Serbian second seed, as he set up what is expected to be a mouthwatering final, and first meeting, with Germany's Alexander Zverev.

"It was my best performance of the year," said Djokovic after his 59-minute win over Thiem who had knocked out Rafael Nadal in the quarter-finals.

Djokovic was the previous youngest Masters finalist, going all the way to the title in Miami as a 19-year-old in 2007.

Zverev will climb to a new career high in the rankings at number 14 by reaching the final and would break into the top 10 with the title.

"I don't look at these kind of stats, who is the youngest player to have a Masters 1000 title or things like this. I try to play match by match and try to improve," said Zverev, who fired 12 aces and 41 winners past the 32-year-old Isner.

Thiem, beaten to the Madrid Masters title by Nadal last week, avenged his loss by dumping Spain's former seven-time Rome champion out in the quarters on Friday.

But the Austrian's dream run was quickly brought to an end by a clinical Djokovic on Saturday as the Serbian took his record to 5-0 against the 23-year-old.

In the WTA event, French Open champion Garbine Muguruza was forced to retire due to a neck injury from her semi-final against Ukraine's Elina Svitolina.

The Spanish third seed was 1-4 down after just 22 minutes in the first set when she quit, handing the eighth-seeded Svitolina a place in Sunday's final against Romania's Simona Halep.

Svitolina will chase a fourth title of the year after trophy triumphs in Taiwan, Dubai and Istanbul.

Muguruza had needed three sets to beat Venus Williams in the quarter-finals on Friday night.

"I didn't want to leave Rome without trying to play," said Muguruza.

Sixth-seeded Halep, the champion in Madrid last weekend, reached her first final in Rome after sweeping aside Dutchwoman Kiki Bertens 7-5, 6-1 in her semi-final.

"Sometimes a win over a top player gives you confidence," Halep said after her semi-final.

"Sometimes the work you do before the tournaments gives you confidence that you are ready to go. Sometimes just winning some matches, tough ones, even if in three sets, those are the most important matches."