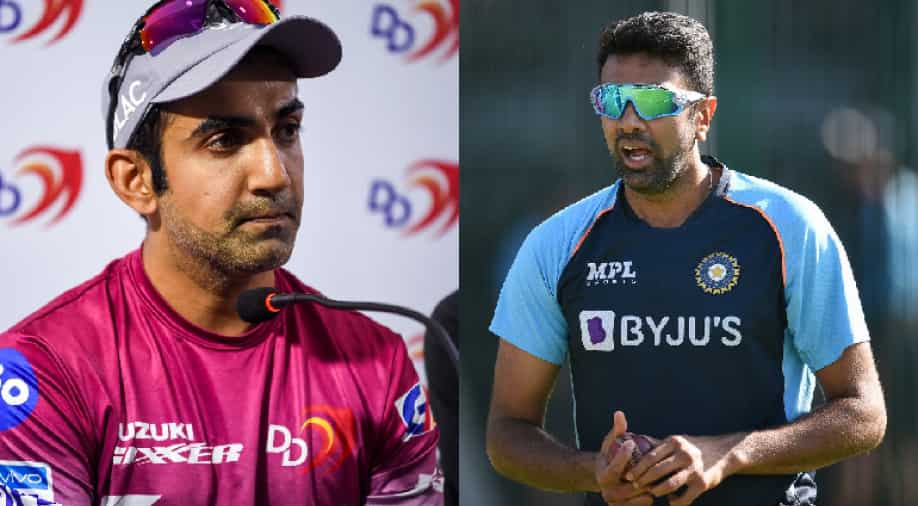 R Ashwin responded to a Aussie journalist who called out Gautam Gambhir on his tweet for David Warner. Photograph:( AFP )

Former India opener Gautam Gambhir questioned David Warner for his unsportsmanlike act in the semi-final between Australia and Pakistan in the T20 World Cup 2021 on Thursday. Australia chased down the target of 177 runs with an over to spare to secure a spot in the final against New Zealand.

It was a reverting contest between the two teams with players from both sides under pressure. Warner's six off Mohammad Hafeez became one of the biggest talking points of the game as the ball had slipped out of the Pakistan spinner's hands before it was dispatched by the Aussie batter.

While Gambhir slammed Warner over his actions, he also targeted former Australian cricketers like Shane Warne and Ricky Ponting, who have been very vocal about the spirit of cricket in the past. Gambhir took to Twitter to share his views on Warner's act and also tagged Indian spinner R Ashwin asking him if the Aussie batter was right or wrong.

Ashwin had been targeted by the likes of Warne and Ashwin in the past over Mankading Jos Buttler in IPL 2019 before Warne slammed him yet again after his spat with Eoin Morgan during IPL 2021.

"What an absolutely pathetic display of spirit of the game by Warner! #Shameful What say @ashwinravi99?" - Gambhir wrote in a tweet. An Australian journalist responded to Gambhir's tweet and wrote - "Bad take Gautam".

Ashwin replied to the Aussie journo's tweet and explained Gambhir's point of view while possibly referring to his Mankading act in IPL 2019 and his spat with Morgan this year. "His point is that if this is right, that was right. If that was wrong, this is wrong too. Fair assessment?" - Ashwin wrote.

What an absolutely pathetic display of spirit of the game by Warner! #Shameful What say @ashwinravi99? pic.twitter.com/wVrssqOENW

His point is that if this is right , that was right. If that was wrong , this is wrong too. Fair assessment? @plalor

Talking about the semi-final, batting first, Pakistan posted a challenging total of 176 runs on the board in 20 overs riding on Mohammad Rizwan's 67 off 52 balls and Fakhar Zaman's unbeaten 55 off 32 balls. In reply, Australia chased down the total with an over to spare.

Warner scored a brilliant 49 off 30 balls while Marcus Stoinis and Matthew Wade slammed unbeaten 40 and 41 respectively to take Australia over the line comfortably and helped them reach the final.