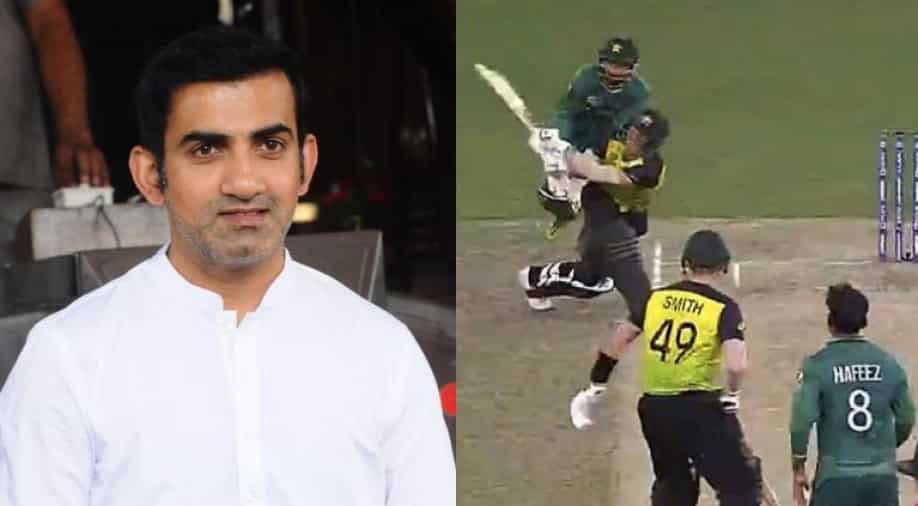 Gautam Gambhir called out the likes of Shane Warne and Ricky Ponting to speak up on David Warner's 'unsportsmanlike' act in the T20 World Cup 2021 semi-final against Pakistan.

Australia defeated Pakistan by five wickets in a high-pressure semi-final in the T20 World Cup 2021 on Thursday to secure a spot in the final. It was an entertaining encounter filled with drama as the two teams gave their all to set up a final date with New Zealand on Sunday. David Warner's six off Mohammad Hafeez's no-ball has become one of the major talking points from the game.

The ball bounced twice on the pitch after slipping out of Hafeez's hands and was dispatched over deep mid-wicket for a six by Warner. It was adjudged a no-ball but the six was given as Pakistan players, including captain Babar Azam stood surprised. Warner's actions have once again started the 'spirit of cricket' debate on social media.

"Shane Warne comments and tweets on everything. Even Ricky Ponting makes big, big claims about the spirit of the game. What have they got to say about this?" - Gambhir said speaking on Star Sports post Australia's win over Pakistan in the semi-final.

"When Ashwin does Mankad, they come up with big comments. Today, what has Shane Warne got to say about David Warner? Because it's easy to criticise someone but extremely difficult to criticise your own players," he added.

Also Read: Devon Conway punches his bat in frustration after dismissal, ruled out of T20 WC final with broken hand

Gambhir was referring to the incidents in past where Warne had targeted Indian spinner R Ashwin over Mankading Jos Buttler in IPL 2019 and over his spat with Eoin Morgan during IPL 2021 this year. Gambhir also posted a tweet slamming Warner and tagging Ashwin to ask if the Aussie batter did the right thing by going after Hafeez's slipped delivery.

What an absolutely pathetic display of spirit of the game by Warner! #Shameful What say @ashwinravi99? pic.twitter.com/wVrssqOENW

Australia chased down the target of 177 runs with an over to spare as Warner scored 49 off 30 balls while Matthew Wade and Marcus Stoinis played brilliant cameos of unbeaten 41 and 40 runs respectively. Australia will take on New Zealand in the final of T20 World Cup 2021 on Sunday (November 15).