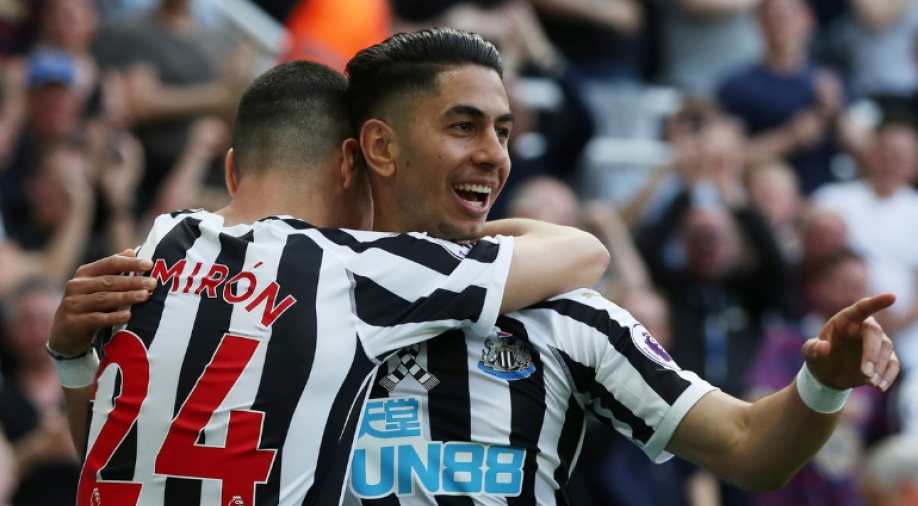 An inspired Ayoze Perez helped Newcastle United put any lingering Premier League relegation fears to bed with a hat-trick in a 3-1 win over Southampton at St James' Park on Saturday.

The Spaniard scored twice before halftime to put the hosts in command and killed off Southampton late on after Mario Lemina's goal had revived the Saints.

"I feel very happy to get the hat-trick and help the team to get three important points that puts us in a great position," said Perez, who took his league tally for the season into double figures for the first time at Newcastle.

"We're now 12th which means a lot. It's been a couple of months that are very important for us. We've done very well, We've got great results and now that we're safe we're going to start looking forward and up and finish even better."

The home crowd were still moaning about a James Ward-Prowse body-check on Miguel Almiron when Perez scored twice in three minutes to fuel a jubilant mood in the Easter sunshine.

First he turned beautifully before firing right-footed past Angus Gunn in the 27th minute and with Southampton still reeling he slid in to meet Salomon Rondon's low cross.

When Ki Sung-yueng was denied a third for Newcastle shortly after halftime, his skidding shot thudding against the post, the hosts were in complete control, but Southampton were not done.

Mario Lemina halved the deficit just before the hour mark with a clinical finish from Stuart Armstrong's cross and the visitors were suddenly looking the more likely to score.

In a frantic end-to-end finale, Almiron went off with a hamstring injury and Gunn made a superb save to keep out Isaac Hayden's deflected volley before Perez touched home in the 86th minute to calm the home crowd's jitters.

There was still time for Southampton to threaten again but Maya Yoshida's header was brilliantly saved by Martin Dubravka.