Sri Lanka in talks with India, Japan to build container terminal in Colombo 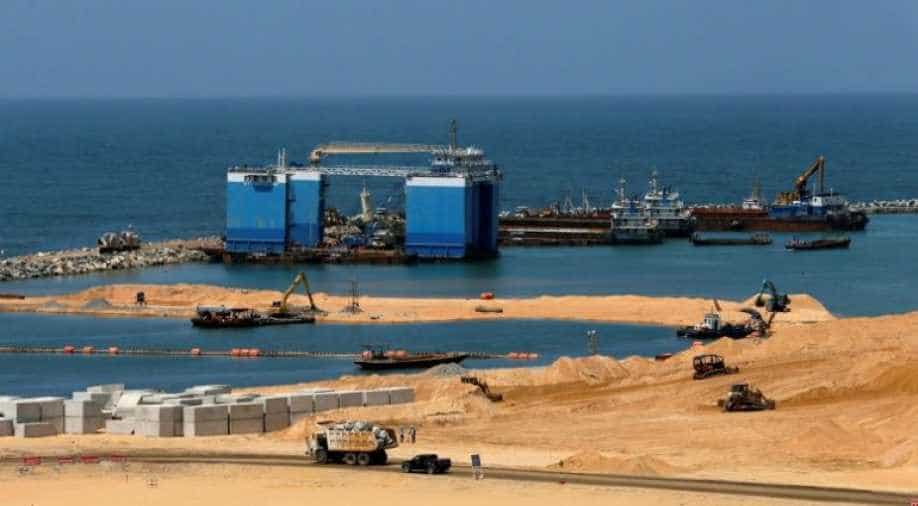 The involvement of India and Japan is the latest sign that Sri Lanka wants to neutralise the growing influence of China.

Sri Lanka is in advanced talks with India and Japan to construct a container terminal at the port in Colombo, next to a Chinese terminal built as part of Beijing's Belt and Road Initiative, government officials said.

The involvement of India and Japan is the latest sign that Sri Lanka wants to neutralise the growing influence of China, which has poured money into the South Asian island under its mammoth Belt and Road Initiative (BRI) infrastructure plan, to the alarm of other Asian powers.

A source close to the Indian High Commission in Sri Lanka said a framework for the terminal project will be "signed soon", while another source said the project would cost about $500 million and India and Japan will nominate companies that will handle the containers from their respective countries.

"The deal is being negotiated among Sri Lanka, India and Japan," Sudarshana Gunawardana, an official in Sri Lankan Prime Minister Ranil Wickremesinghe's office told Reuters. The Sri Lankan government will have a 51 per cent stake in the terminal, he said.

Chinese firms have a mandate to operate Colombo International Container Terminals (CICT) and develop another terminal on a 269-hectare plot of reclaimed land there.

This is not the first time that Sri Lanka has held talks with India and Japan to develop a container terminal.

A previous proposal for a terminal, with the state-run Sri Lanka Ports Authority (SLPA) owning a 15% stake and the remainder held by a consortium of firms from Japan, India and Sri Lanka was scuttled last year after a backlash from trade unions.

Trade unions protested against the privatisation of state assets including those being developed by Chinese firms, a dispute that led to President Maithripala Sirisena sacking Prime Minister Ranil Wickremesinghe in October. Wickremesinghe was reinstated later after a court ruling.

A spokesman at SLPA said the company was unaware of the latest talks given they are being conducted between the governments.

"All the flashpoints are defused in the new deal compared to the earlier one," one Sri Lankan government source privy to the discussions said.

The three countries will set up a company to operate the terminal after the Sri Lankan cabinet approves the deal. Japan will provide a 40-year soft loan with a 0.1 per cent interest rate with a 10-year grace period, this source said.

A diplomat at the Japanese embassy in Colombo also confirmed negotiations on the port terminal were taking place.

"Japanese funding will be decided later once the framework is finalised," the diplomat said.

The sources and diplomats declined to be identified as they are not authorised to speak to the media.

India has been trying to counterbalance China's growing influence in Sri Lanka, which New Delhi has long considered its own backyard. India accounts for around 70 percent of the transshipment business in Colombo port.

China has also taken over a new $1.5 billion port city in Hambantota, in southeast Sri Lanka - which sits on a key east-west global shipping route - after Sri Lanka was unable to service debt payments.

However, Sri Lanka has also signed an agreement with a subsidiary of an Indian firm for a $3.85 billion oil refinery near the Chinese controlled port in Hambantota, and India is in advanced talks with Sri Lankan authorities for a joint venture to operate a Chinese-built airport in Hambantota.