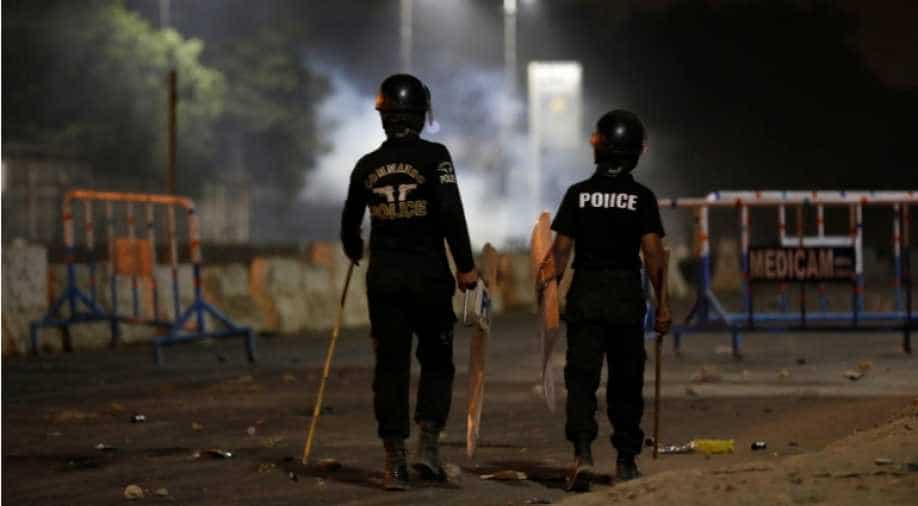 Counter-terrorism officers said an Islamic State leader in Punjab province, Zeeshan Javed, was killed when police fired on a car he was travelling in on Saturday, in the town of Sahiwal.

Pakistani authorities on Monday opened an investigation into the police killing of four people, including a woman and a child, in an encounter with a suspected militant leader that has drawn accusations from the public of police brutality.

Counter-terrorism officers said an Islamic State leader in Punjab province, Zeeshan Javed, was killed when police fired on a car he was travelling in on Saturday, in the town of Sahiwal.

Police said Javed fired on officers first and weapons were found in the car. That account has been disputed by witnesses, including Khalil's other three children who survived with minor wounds.

The killings triggered protests on Sunday in Lahore, Pakistan's second biggest city, and renewed a debate over extra-judicial killings and police impunity in the South Asian nation where such encounters are not uncommon.

Prime Minister Imran Khan said he was "shocked at seeing the traumatized children who saw their parents shot before their eyes", and promised the state would care for the survivors.

"The grief & anger ... is understandable & justified," Khan tweeted on Monday, referring to the public outrage.

He said anyone found guilty would be handed "exemplary punishment".

"I will review the entire structure of Punjab police & start process of reforming it," he said.

Police investigators were expected to deliver a report on Wednesday, police said.

"The policemen involved in the shooting have not been identified. JIT will identify those involved," said Nabeela Ghanzafar, a police spokeswoman, referring to the investigation team.

Basharat said officers from the Counter-Terrorism Department (CTD) intercepted the car after a tip-off and Javed fired first.

However, videos circulating on social media appear to raise doubts about that.

"I told the government 'I'm ready to give you back 25 million rupees in return for justice'," he said.