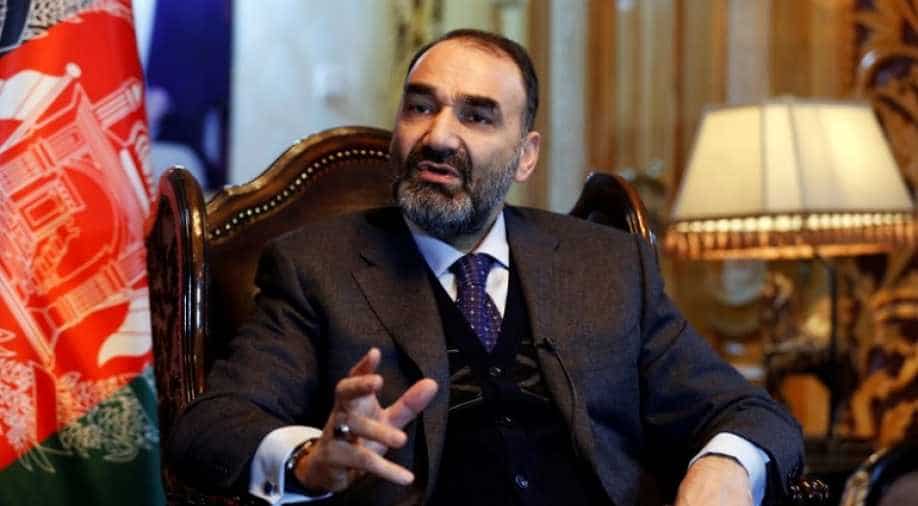 Atta Noor is one of a clutch of powerful regional and ethnic leaders whom Ghani has struggled to control. Photograph:( Reuters )

One of Afghanistan's most powerful regional politicians was ousted as governor of the northern province of Balkh on Monday, setting up a confrontation that adds to the uncertainty around President Ashraf Ghani's Western-backed government.

Atta Mohammad Noor is one of the leading figures in Jamiat-e-Islami, a party which mainly represents Afghanistan's Tajik ethnic group, and has used his position in Balkh, on the northern border of the country, as a power base to push for a major role on the national stage.

His removal, at a time when tensions between Tajiks and Pashtuns, Afghanistan's two biggest ethnic groups, have been rising, injects extra uncertainty to the already fractured political landscape ahead of presidential elections in 2019.

"This is a unilateral, unprofessional decision by Ghani and his team and we will never accept it", a close aide to Atta Noor said. Atta Noor is one of a clutch of powerful regional and ethnic leaders whom Ghani has struggled to control. He has had a complicated relationship with the president, who has tried previously to remove him but with whom he also discussed a possible role in the government earlier this year.

He submitted his resignation several months ago but the move never took effect until Ghani approved it on Monday, announcing at the same time that Mohammad Daoud, also from Jamiat, would become the next governor of Balkh province.

"The Afghan president has accepted Atta Mohammad Noor's resignation and announced Engineer Mohammad Daoud as the new governor", Shah Hussain Murtazawi a spokesman for Ghani said. The aide to Atta Noor, who spoke on condition of anonymity, said the resignation had been offered with conditions attached. He did not specify what these were but said they had been issued to strengthen national unity and had not been respected.

Ghani's national unity government, formed after the disputed election of 2014 forced him into an uneasy power-sharing arrangement with his former rival Abdullah Abdullah from Jamiat, retains the support of the international community and the United States. But it has faced mounting criticism from an array of opposition groups.

Parliamentary elections originally due to be held next year are in doubt and former President Hamid Karzai has called for a loya jirga, or traditional grand council of political leaders and elders to decide the future of the government.

The confrontation with Atta Noor comes several months after a standoff with Vice President Rashid Dostum over accusations of the sexual abuse of a political opponent. Dostum, an ethnic Uzbek leader and veteran of decades of Afghan politics, has been in Turkey since May, ostensibly for medical treatment.