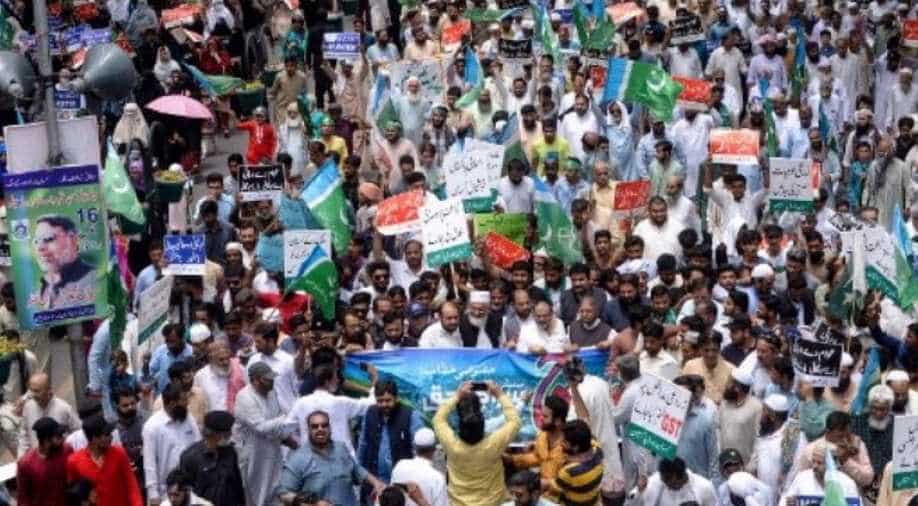 The protesters who have also expressed their anger in the past said they are determined and won't withdraw their demands until the justice is meted to them.

Scores of government employees in Pakistan-occupied-Kashmir have staged protests against the discriminatory financial policies of Pakistan.

The secretariat workers raised slogans against Islamabad and asked the government immediately to take actions to address the mounting crisis that has left their homes strapped of cash at a time when people are already enduring the blow of the inflation.

"We have been sitting here for the last four days. Our demands have been pending for the last one year. With the suggestion of Chief Secretary, a committee was formed but nothing has been done yet. Our principal demand is that the secretary workers should also be given allowances which the police and the health officials receive. They have been deprived of it," said a protestor.

The protesters are demanding that they should be treated at par with the employees in other parts of the country. Their demands include general incentives and other attendance allowance which the employees of each organisation receive across Pakistan.

The protesters who have also expressed their anger in the past said they are determined and won`t withdraw their demands until the justice is meted to them.

The issue pertaining to salary increment and non-payment of dues to the employees has remained chronic with most of the public sector enterprises in PoK. Over the last many years, disgruntled employees have held a stream of protests but no resolution has been reached till date.

Protesters say that they are not seeking anything unreasonable and even a small interference from higher authorities will resolve their issue. For more than seven decades, Pakistan has not just misruled the state but has used legislation as a tool to suppress the people of the region.