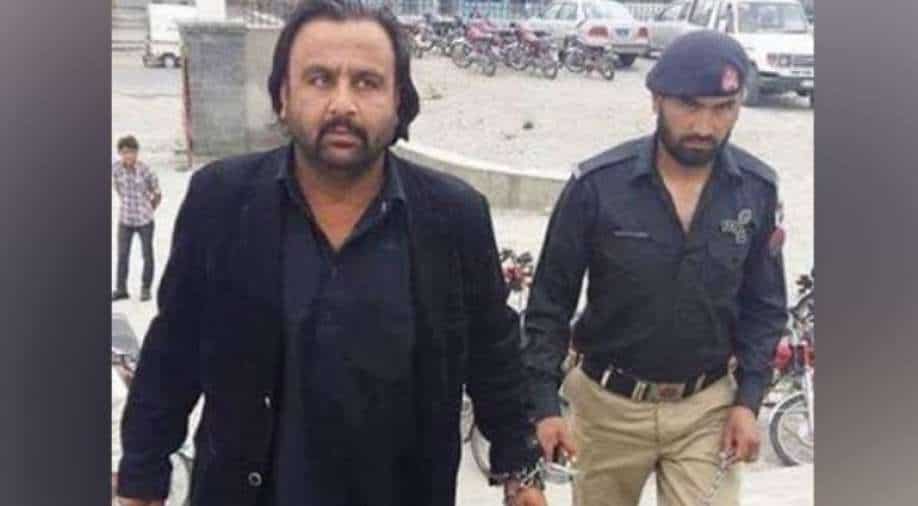 Faizullah Faraq, a spokesman for the local Gilgit-Baltistan government, said Jan's release had been ordered by a court under a review petition

Pakistan has freed a political activist who was serving a life sentence in the country's semi-autonomous north, part of the contested Kashmir region also claimed by India, his party told AFP Friday.

Baba Jan, a left-wing political and climate activist from the Hunza Valley in northern Gilgit-Baltistan, was convicted by an anti-terrorism court for participating in political riots in 2011 and lost an appeal against his life sentence in 2016.

Pakistani media reported his release came after authorities struck a deal with activists, on the heels of recent protests, to free Jan following the local elections completed on Friday.

"We are happy to announce that Comrade Baba Jan ... (has) been released today after more than nine years incarceration," Ismat Raza Shahjahan, the deputy secretary of the Awami Workers Party, told AFP.

A second activist, Iftikhar Katbalai, was also released, she said.

A close friend of Baba Jan confirmed the news to AFP, calling it the "happiest day".

Faizullah Faraq, a spokesman for the local Gilgit-Baltistan government, said Jan's release had been ordered by a court under a review petition.

Jan has vocally protested what he and supporters describe as political, constitutional and human rights violations in the region, organising rallies and demonstrations in protest.

He also protested the impact of climate change in Pakistan's north, famed for its soaring mountains — including many of the highest in the world, such as K2, second only to Everest — and verdant scenery.

Analysts have previously warned that his continued imprisonment was fuelling extremist and nationalistic views in the region.

Resentment has been building in Gilgit-Baltistan since Islamabad began mulling upgrading its constitutional status in a bid to provide legal cover to a multi-billion-dollar Chinese investment plan in the area.

Gilgit-Baltistan, which borders China and Afghanistan, is part of the Kashmir region which is not constitutionally part of Pakistan and is also claimed by India.

Earlier this month Prime Minister Imran Khan angered India by declaring that it will provisionally become a full province of Pakistan. He did not provide a timeline for the move.

Any change in status would require a constitutional amendment. If finalised, it would make Gilgit-Baltistan Pakistan's fifth province.

Human rights organisations have long demanded the release of Baba Jan. In 2012 an international petition for his release was signed by leading left wing intellectuals, including Noam Chomsky, Tariq Ali and David Graeber.