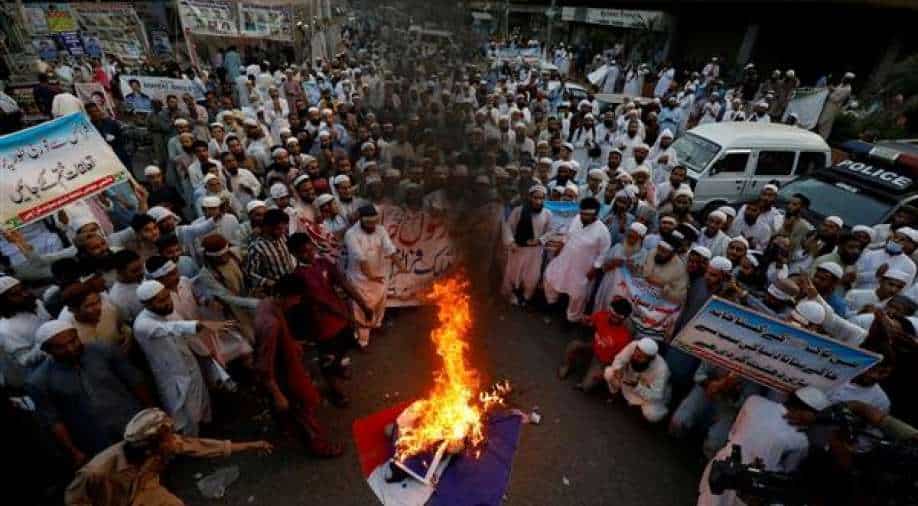 France is not stopping at radical imams, it has taken a series of retaliatory measures against Pakistan. It includes Pakistan's military establishment.

Pakistan PM Imran Khan is paying a hefty price for his tweet posted by Pakistan's human rights minister Shireen Mazari. It had claimed that Macron is treating Muslims like Nazis had treated Jews.

Mazari deleted her tweet but the damage was done. The anger in France was boiling over, however, to blame everything on a tweet would be unfair because Pakistan's Prime Minister Imran Khan was the one who decided to pick a fight with France but Mazari's statement only made the situation worse.

Paris is now hitting back at Islamabad. France will not upgrade Pakistan's fleet of Mirage fighter jets, an air defence system and the Agosta 90B class submarines.

France has reportedly sent a message to Qatar asking them to not allow Pakistani-origin technicians to work on the Rafale jets if that wasn't enough France will now put asylum requests from Pakistan under detailed scrutiny.

Pakistan's decision to take on France seems to have come with a hefty price tag. It all began when Imran Khan sided with Turkey's Recep Tayyip Erdogan and accused the French president of attacking Islam.

Erdogan, alongside Imran Khan and Mahathir Mohamad, added fuel to the fire against France. Their statements added to the outrage against France in the Muslim world leading to violent rallies across major Islamic countries.

There were protests in Pakistan too where protesters burnt effigies of Macron and desecrated the French flag. Extremists and radicals took to the streets with large crowds as they tried to target the French embassy in Islamabad.

Pakistani ministers signed on an agreement promising to evict the French ambassador to Pakistan and a boycott of French goods at the government level.

The Pakistan Prime Minister has lost control of his own anti-France campaign with Islamists dictating the terms of engagement with France at home and France responding with diplomatic actions.

Imran Khan now finds himself caught between a rock and a hard place.