Not every person missing is attributable to Pakistan: Major General Asif Ghafoor 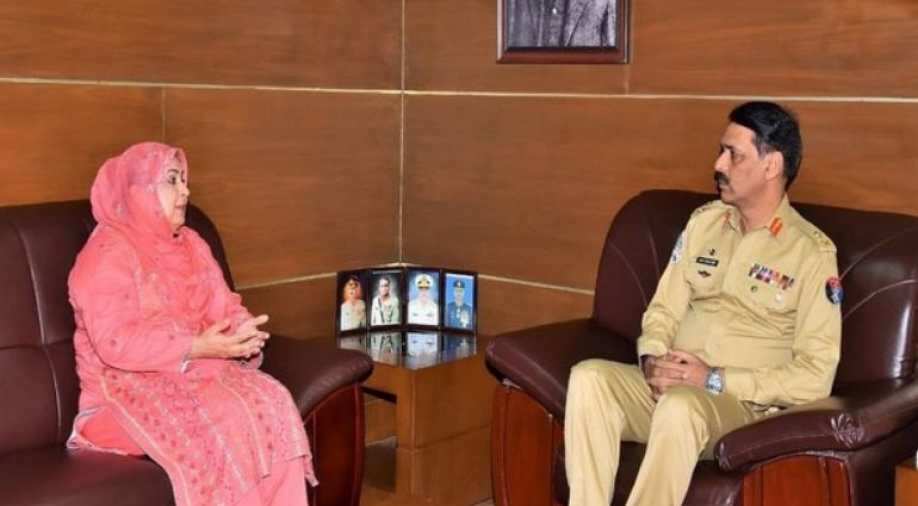 Several human rights experts and activists have blamed Pakistan and its army for the disappearance of scores of people belonging to ethnic and religious communities, like the Baloch.

Not every person missing is attributable to Pakistan, stated Major General Asif Ghafoor, the spokesperson of the Pakistan Armed Forces while speaking on the issue of enforced disappearances.

Several human rights experts and activists have blamed Pakistan and its army for the disappearance of scores of people belonging to ethnic and religious communities, like the Baloch.

"Not every person missing is attributable to state. Many are there as part of TTP in Afghanistan elsewhere or got killed fighting as part of TTP. Those with the state are under legal process," Ghafoor tweeted on Friday evening.

The issue was recently thrust into limelight after several billboards highlighting the plight of the people in Pakistan came up across the UK, which is currently hosting the 2019 Cricket World Cup.

The initiative was taken by the Baloch Republican Party and the World Baloch Organisation, who also distributed leaflets outside Lords in London on June 23 when the Pakistan cricket team played against South Africa.

The Pakistan Army Chief, Qamar Javed Bajwa was present at the match, along with Ghafoor, when the protests took place.

In response to the protests, angry Pakistan cricket fans tore down the posters and the banners put up by Baloch activists, and shouted slogans like "Long live Pakistan Army."

Ghafoor met with the Chairperson of Defence of Human Rights Pakistan, Amina Masood Janjua when he made the statement on Thursday.

He also claimed that the Chief of Army Staff, General Bajwa, has constituted a special cell at the General Headquarters (GHQ) towards the issue.

"DG ISPR apprised her (Janjua) about the efforts that government and security forces are doing to facilitate them and address the issue for which judicial commission is working day and night. He also apprised her about special directions and constitution of special assistance cell at GHQ for assisting the process," a statement tweeted by Ghafoor said.

According to the Commission of Inquiry on Enforced Disappearances, an entity established by the Pakistani government, 5,000 cases of enforced disappearances have been registered since 2014 -- most of which remain unresolved.

Independent, local and international human rights organisations, on the other hand, have put the numbers much higher. 20,000 people have reportedly been abducted from Balochistan only, out of which more than 2,500 have turned up dead as bullet-riddled bodies, bearing signs of extreme torture.