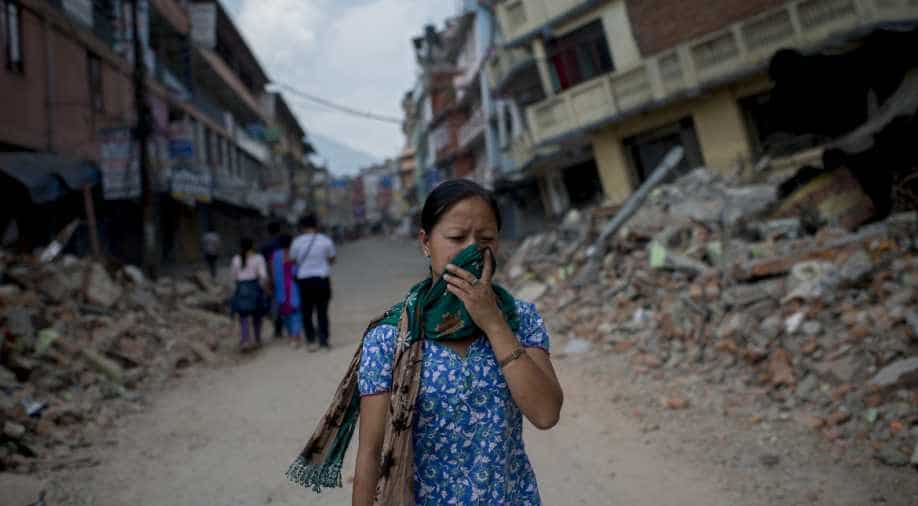 People walk past the rubble following yesterday's earthquake on May 13, 2015 in Kathmandu, Nepal. A 7.3 magnitude earthquake struck in Nepal only two weeks after more than 8,000 people were killed in a devastating earthquake. Photograph:( Getty )

An earthquake measuring 5.5 on the Richter Scale shook Nepal early this morning.

Nepal's National Centre for Seismology (NCS), a unit of the Ministry of Earth Sciences, said the quake occurred at 5:05 am, and at a depth of 10 kilometres, PTI reported.

The NCS located the earthquake's epicentre at Solukhumbu, near Everest, and around 150 kilometres east of Kathmandu, and recorded its intensity at 5.6.

PTI reports that this was the 475th aftershock above a 4 magnitude of the April 2015 earthquake that devastated Nepal.

Thankfully there were no immediate reports of damage or casualties from the earthquake, according to PTI, which was also felt in Kathmandu and in other parts of central and Eastern Nepal.