KPS Gill: As he should be remembered 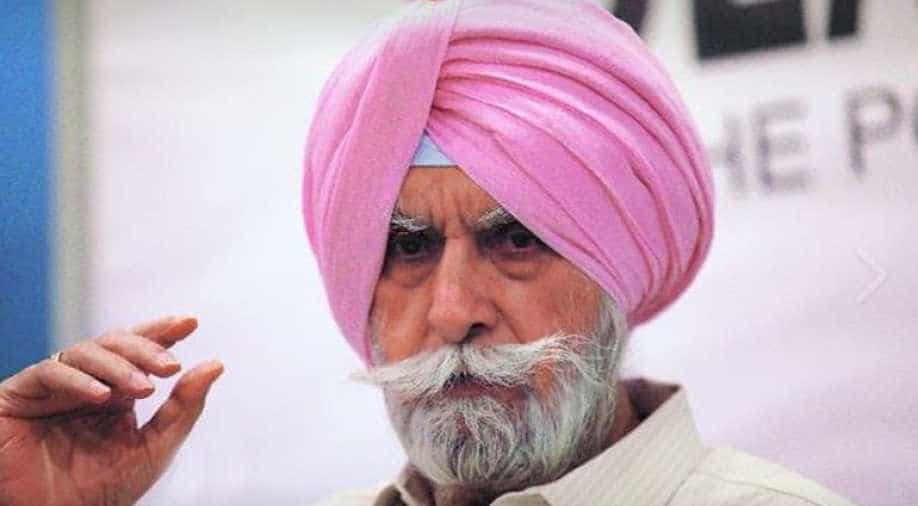 The former Punjab top cop died at the Sri?Ganga Ram Hospital in the capital ||KPS Gill served as the DGP of Punjab twice and is credited with wiping out militancy in the northern Indian state ||He has also been accused of human rights violations while trying to combat insurgency ||

Former Punjab director general of police (DGP) Kanwar Pal Singh Gill is popularly known as the 'Supercop' in Indian media's common lexicon. This is particularly for the part he played in ruthlessly stamping out insurgency in a Punjab agitating for a 'Khalistan' in the 1980s. The blame for any of the oversights during this fight against militancy could not stick against him, but a misdemeanor with a woman bureaucrat from the Punjab cadre brought him down and earned him a conviction.

Gill's efficacy in breaking the back of Punjab militancy  was best illustrated in the 1988 'Operation Black Thunder II'. His aim was to flush out militants holed up in the Golden Temple Complex. Unlike the Operation Bluestar four years earlier, this time police snipers were posted outside the Sikh temple, their eyes trained on the sarovars (reservoirs), on any militant trying to fetch water. He had cut off all supplies, including power and water to the temple complex, virtually short of smoking the militants out.

"If you take Punjab militancy, it was due to him (Gill) and the strategy and tactics adopted by him that it was curbed. We have heard stories about him. In any situation, he was absolutely fearless," said Ashok Chand, former Delhi Police additional commissioner, who is credited with solving the Parliament attack case and the Red Fort attack among other major terror incidents in Delhi.

During his two tenures as the Punjab police chief between 1988-90 and 1991-95, Gill became popular all over India for his strong-arm tactics in quelling the insurgency that demanded a separate homeland for Sikhs carved from the state of Punjab. What besmirched his name, however, and made him exceedingly unpopular with the Sikh community is the poor track record of Punjab Police in human rights during his tenure as the chief. There were reports of youth picked up and illegally detained who later went missing, fake encounter killing of suspects, and torture in custody, something Sikh rights groups rue to the day.

"He has committed many crimes. Crushing terrorism is one thing, but extrajudicial killings are another thing. No questions were asked, no cases filed, or accused presented in courts, young men were just picked up and gunned down," said a prominent Sikh community member from Delhi who did not want to make this comment on record.

HIs feelings were reiterated by Gurpatwant Singh Pannun of New York-based rights body, Sikhs for Justice. "He can be called the butcher of Punjab," Pannun, legal advisor for the right body said.

"It's unfortunate that the Indian Government is saluting and honouring a vicious man whose hands were soaked with the blood of innocent Sikhs," he added.

However, Gill's career as an Indian Police Service officer of the Assam-Meghalaya cadre started in 1958 from the Northeast and coincided with the rise of insurgency in those parts of the country.  Even if his Assam tenure was not as controversial as his time in Punjab later in his career, Gill was not exactly popular with the Assamese elite and had kicked a man to death during a protest drawing censure.

Chand, however, brushes aside allegations of extrajudicial killing.

"There are bound to be allegations. Terrorism is not a normal crime. People who get caught are involved in one way or the other," said Chand.