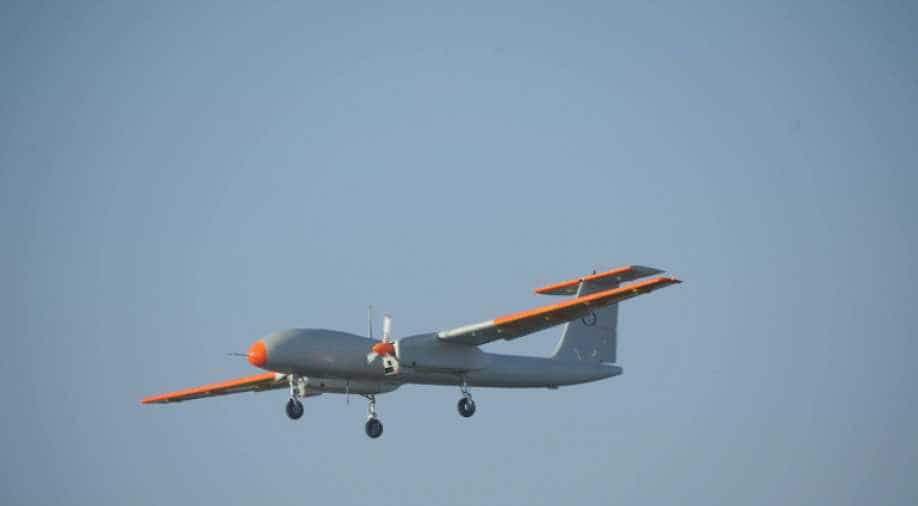 Rustom-II's test flight was carried out by the Defence Research and Development Organisation?. Photograph:( Facebook )

The Defence Research and Development Organisation? (DRDO) successfully carried out the maiden-flight of TAPAS 201 (RUSTOM II), a Medium Altitude Long Endurance (MALE) UAV. It has an endurance of 24 hours and can conduct surveillance and reconnaissance missions for the country's armed forces.

The UAV can also be used as an unmanned armed combat vehicle on the lines of the US's Predator drone.

The test flight took place from Aeronautical Test Range (ATR), Chitradurga, 250 kilometres from Bangalore, which is a newly developed flight test range for the testing of UAVs and manned aircraft.

The flight accomplished the main objectives of proving the flying platform, such as take-off, bank, level flight and landing among others, a statement by the Defence Ministry said.

TAPAS 201 has been designed and developed by Aeronautical Development Establishment (ADE), the Bangalore-based lab of DRDO with HAL-BEL as the production partners.

The UAV weighing two tonnes was put into the air by a dedicated team of young scientists of DRDO. It was piloted (external and internal) by the pilots from the armed forces.

It is also the first R&D prototype UAV which has undergone certification and qualification for the first flight from the Center for Military Airworthiness & Certification and Directorate General of Aeronautical Quality Assurance.

TAPAS 201, a multi-mission UAV is being developed to carry out Intelligence, Surveillance and Reconnaissance (ISR) roles for the three armed forces with an endurance of 24 hours.

Many critical systems such as airframe, landing gear, flight control and avionics sub-systems are being developed in India with the collaboration of private industries.

Rustom-II will undergo further trials for validating the design parameters, before going for User Validation Trials.