India: 17 hours after it started, Kolkata fire continues to rage 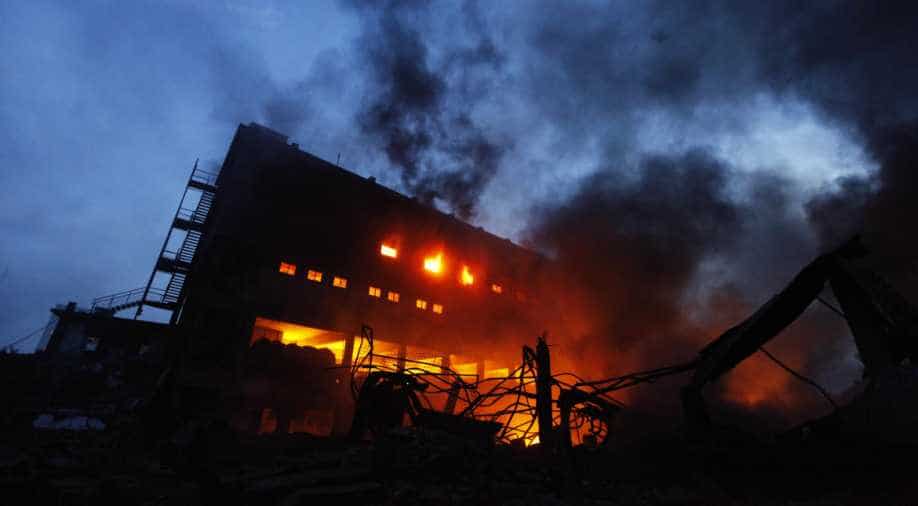 While the cause of the fire is yet not known, officials from the fire and emergency services department said there was no fire-fighting equipment inside the factory. (Representative image) Photograph:( Getty )

A fire that broke out over 17 hours ago at a chemical factory on the southern fringes of Bengal's capital Kolkata is still to be brought under control.

As many as 38 fire tenders have been deployed to douse the fire that has been raging since Wednesday evening.

The fire broke out on the ground floor of a chemical factory in Madhyamgram near the Kolkata airport at about 6.30 pm on Wednesday.

Because of the presence of highly flammable fluids inside the factory, the fire rapidly spread to the first and second floors.

Fire tenders and hydraulic ladders were rushed to the spot immediately.

While the cause of the fire is yet not known, officials from the fire and emergency services department said there was no fire-fighting equipment inside the factory.

The department has ordered a probe.

A portion of the factory's ceiling collapsed this morning. Residential buildings around the factory have been evacuated by the fire and emergency services department.

"The area around the factory has been declared as a risk zone. With the fire raging for several hours now, we fear the building might collapse any moment. A portion of the ceiling has already collapsed. Fire is yet to be doused completely," said a senior fire and emergency services department official.

Meanwhile, locals in the area had to spend the night outside their homes.

"We are finding it difficult to breathe. There a lot of children who live in this area. This can cause a hazard to the health of people residing in this area. We have requested the fire and emergency services department to look into this," said a local, Suman Bhadra.

The fire was still raging, at the time the last reports came in.