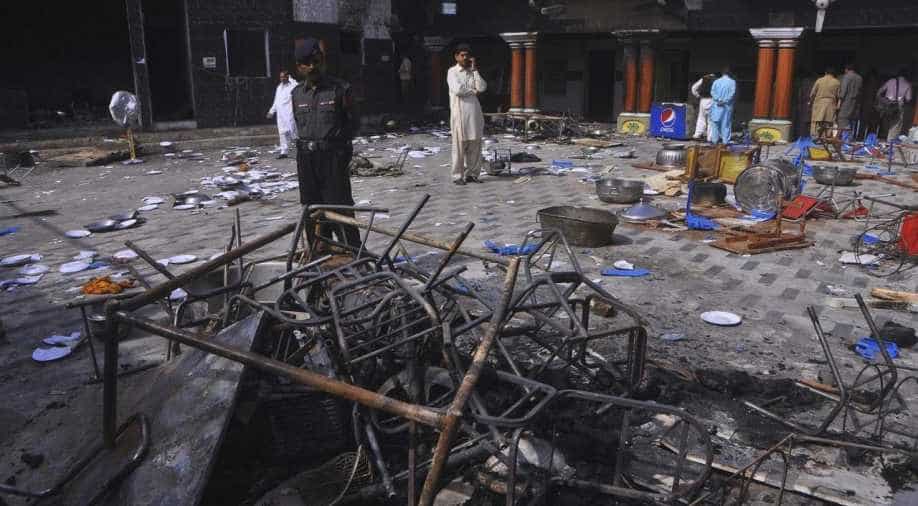 A video shared widely on social media showed Pakistan's Hindu Bheel community members protesting against their alleged forced conversion to Islam by a Muslim group in the interior Sindh province, prompting a Hindu lawmaker to demand an inquiry into the incident.

Vankwani said the government's minority council should immediately order an inquiry into the incident as the Hindu community for long had protested against forced conversions in interior Sindh.

Hindus in Sindh province have alleged that the Tablighi Jamaat group tortured them and demolished their properties in villages around Nasurpur area of Matiar in the province.

The video showed some of the protesters shouting that they will prefer to die than leave their religion.

In another video, a Hindu woman is seen protesting that her son has been kidnapped by the Jamaat members. She pleaded them to release her son.

The victims have alleged that when their houses were being demolished they were told that if they want to live there they have to convert to Islam.

The Human Rights Commission of Pakistan (HRCP) has mentioned in its recent reports about the motivated attempts to forcibly convert members of the Hindu and Christian communities.

Majority of Pakistan's Hindu population is settled in Sindh province where they share culture, traditions and language with their Muslim fellows.