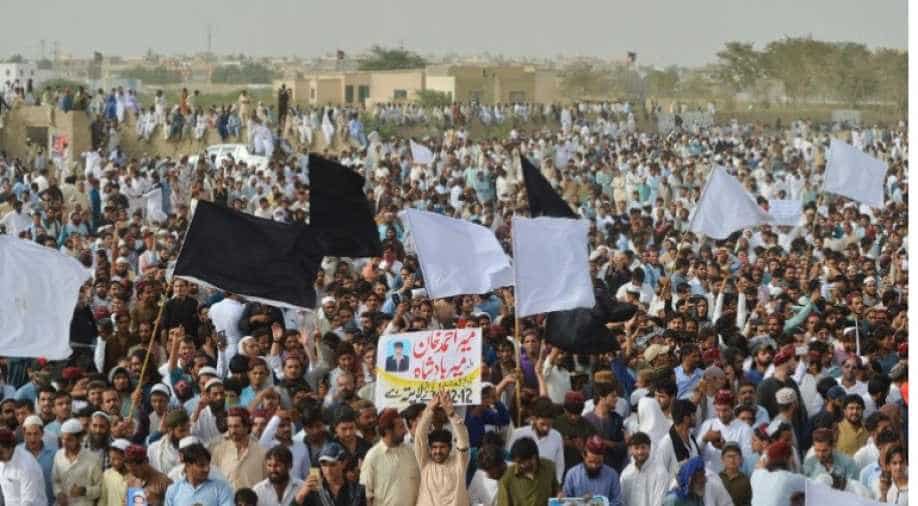 Pakistan's powerful military on Thursday warned a peaceful nationwide civil rights movement which accuses it of abuses that it will use force against them if they "cross the line".

He told reporters in Islamabad the military has given the PTM space to protest as Pashtuns, especially those living in Pakistan's northwest, have suffered disproportionately during Pakistan's long battle with militancy.

But, he added, patience is wearing thin.

"We realise their grief, their hardships, but (they) should not cross those lines, where the state has to use its force to control the situation," he said.

The PTM has rattled the military since it burst onto the scene earlier this year with a call to end alleged abuses by security forces targeting ethnic Pashtuns in the restive tribal areas along the border with Afghanistan.

The area, once plagued by militancy and unrest, is where Washington believes that Pakistan is providing safe haven to militant groups including the Afghan Taliban and the Haqqani Network.

The army has carried out multiple operations in the region, and security there and across Pakistan has dramatically improved in recent years.

But the military maintains a heavy presence there still, and the PTM has unleashed festering anger over the alleged abuses against Pashtuns across the country, including enforced disappearances and targeted killings.

The movement remains peaceful, but has been notable for its direct verbal attacks on the armed forces in a country where such criticism is largely seen as a red line.

Two of its leaders were elected to parliament in the July election which brought cricketer Imran Khan, who has Pashtun heritage, to power.

Ghafoor said that progress was being made on some of the issues raised by the movement, including a reduction in checkposts in the tribal areas, clearance of mines, and the tracing of missing persons.

Pashtuns are a fiercely independent ethnic group that straddle both sides of the border between Pakistan and Afghanistan.

They account for roughly 15 per cent of Pakistan's population, with a majority of the 30 million-strong group living in the northwest and a significant population in the southern port city of Karachi.