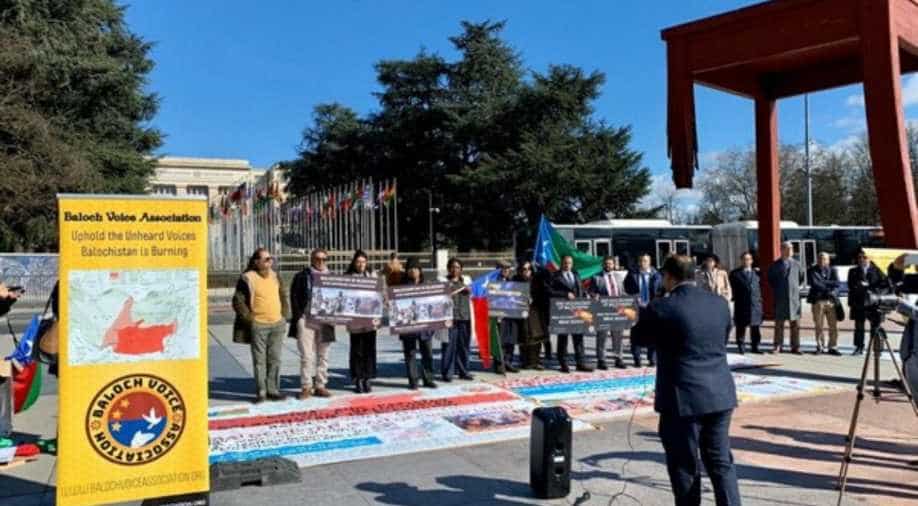 Leaders, activists, and vocal members of various student organizations have been detained by the security forces and kept in confinement.

Five new cases of enforced disappearance have been reported from Kech and Panjgur district of Balochistan in just two days, the local media reported.

According to the details received by The Balochistan Post, four persons were allegedly detained by the security forces in Kech on Tuesday.

In Panjgur, the zonal leader of the Baloch Student Organization Pajjar (BSO-Pajjar), Alam Baloch, was abducted two days ago. In total, five new cases of enforced disappearances have surfaced in Balochistan in the past two days.

According to sources, the security forces raided a house in Kech, detained four youths, including two brothers, and moved them to unknown locations.

The locals reportedly visited the security forces' encampment and requested the release of the missing persons but the latter denied their involvement in the abduction altogether.

In Panjgur, Alam Baloch was allegedly abducted by the security forces two days ago and the activist has been unheard of since. In a statement, the representative of BSO-Pajjar confirmed the news of Baloch`s abduction.

He further confirmed that Alam Baloch was a student of Balochi literature at the Balochistan University.It is pertinent to mention that such abductions have been carried out innumerable times in Balochistan.

Leaders, activists, and vocal members of various student organizations have been detained by the security forces and kept in confinement.

Feroz Baloch, the leader of the Baloch Student Actions Committee (BSAC) was detained by the Pakistani forces, last year in Kalat district of Balochistan. His whereabouts and condition are still unknown.

Whereas, only in May this year, dozens of students were abducted from different areas of Balochistan in response to the local people`s legitimate demand to exercise their right to self-determination.

This crime against humanity has been going on for so long and so systematically in Balochistan that it has come to be considered as a normal state of affairs in the province.

Many social and human rights activists have flagged the issue of subjection by the Pakistani establishment before the United Nations and other international agencies.