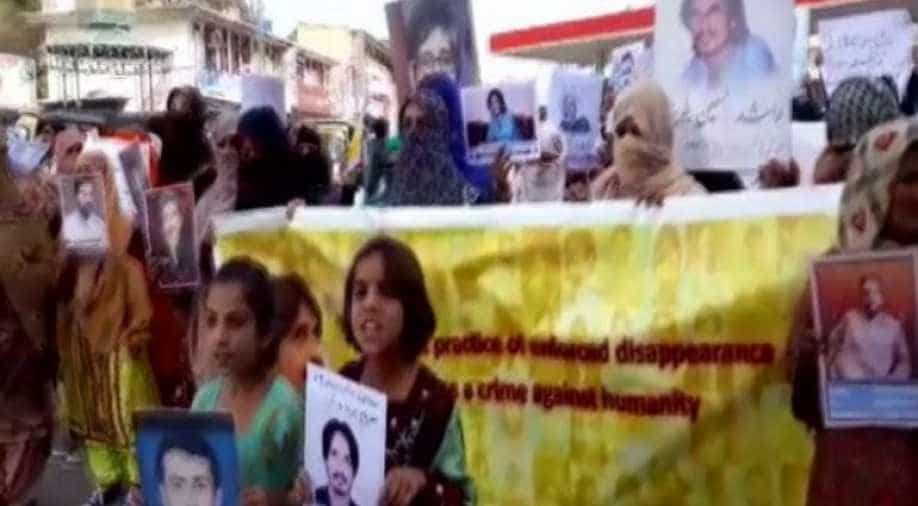 The protestors said that a large number of political activists and intellectuals were being abducted illegally by security forces from various parts of the province.

Relatives of missing Baloch people on Tuesday held a protest rally in Quetta city to demand the immediate release of their family members who have been illegally abducted by security forces.

The protestors said that a large number of political activists and intellectuals were being abducted illegally by security forces from various parts of Balochistan province in southwestern Pakistan.

Relatives of Rashid Hussain, who was abducted from UAE and later deported to Pakistan also joined the protest. His mother along with other missing person families protested in Quetta for his safe return and release of other Baloch missing persons.

Hussain was handed over to Pakistan's law enforcement agencies in June this year.

He has since been kept in an undisclosed location that has further added to the miseries of his family regarding Rashid's safety and well being.

An online campaign has also been launched to demand the release of Hussain. Social media users are raising their voice using hashtag #SaveRashidHussain and #SaveBalochMissingPersons.

The protesters were also joined by Mama Qadir Baloch, of 'Voice for Baloch Missing Persons', who has been running a campaign for thousands of missing Baloch people.

Similar protests against enforced disappearances were held in Quetta earlier this month.

Enforced disappearances still take place in Balochistan with full immunity and the Pakistani state institutions have repeatedly failed to act against such inhuman crimes of state agencies.