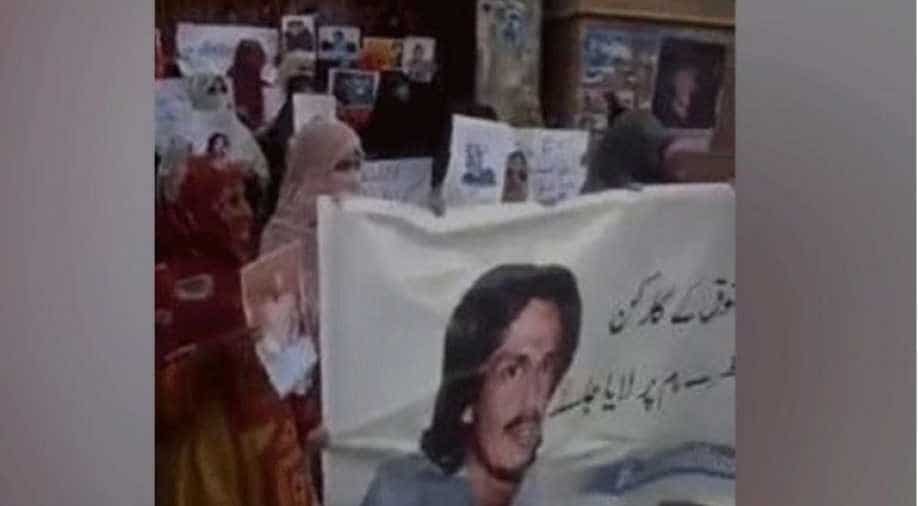 Thousands of abducted Balochs have been kept under illegal detention and are not being released, the women alleged while staging demonstrations.

Baloch women in Quetta city organized a protest against enforced disappearances in the south-western province of Balochistan.

Rashid was arrested by the 'United Arab Emirates' secret police from Sharjah in November 2018 and handed over to Pakistan's law enforcement agencies in June this year.

He has since been kept in an undisclosed location that has further added to the miseries of his family regarding Rashid's safety and well being.

Rashid's sister, Farida Baloch, said that it has been over three months since Pakistani authorities claimed that Rashid was deported to the country but he has not been presented to any court of law nor has he been provided with a legal representative.

"We were thinking that he will be produced in court after a few days in remand. But, authorities have not produced him anywhere. We have no information about his whereabouts. In our opinion, a person cannot disappear like this. If you have charges against him, he should be produced in court," Farida said.

She added, "This is against the UN human rights convention and he should be given a free and fair trial."

Thousands of abducted Balochs have been kept under illegal detention and are not being released, the women alleged while staging demonstrations.

Protestors stated that the disappeared people still continue to languish in illegal torture cells of Pakistan military and the Inter-Services Intelligence (ISI).

Enforced disappearances still take place in Balochistan with full immunity and the Pakistani state institutions have repeatedly failed to act against such inhuman crimes of state agencies.

Making 'Hindu temple' in Islamabad is against the spirit of Islam: Pakistani politician