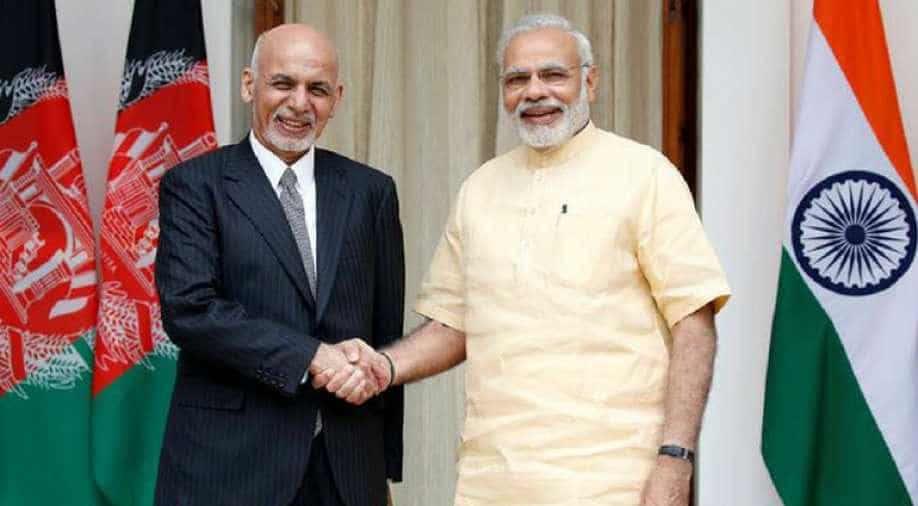 Afghanistan on Friday said it welcomed joint development ventures by India and China in the country which were announced by Prime Minister Narendra Modi and Chinese President Xi Jinping last week.

Shaida Abdali, the Afghan envoy to India, also said the Chabahar port in Iran "is open for everyone".

In March, Iran had invited Pakistan to participate in the Chabahar project.

India has played a crucial role in building of the port which is being used by India to transport goods to Afghanistan, bypassing Pakistan. It has also been envisaged as an alternate route to reach the Central Asian market.

"We fully welcome and support the joint ventures in Afghanistan by India and China to ensure that we have regional support for stability, peace and development. We look forward to it," Abdali said.

This, he said, would lead all neighbours of Afghanistan to support regional economic projects in the war-torn country.

In an informal summit between Modi and Xi held at Wuhan last week, the two countries agreed to work jointly on an economic project in Afghanistan, a development that can be expected to discomfit Pakistan that has worked strenuously to exclude India from a region it considers its strategic backyard.

"Unfortunatley, Afghanistan is affected by issues that are in the region between neighbours. We really want tensions to be finished. We hope all, including Pakistan, will support such initiatives because the resolve of this initiative would be peace and stability," he said.

Abdali was responding to a question at an event organised by the Foreign Correspondent's Club.

Iranian Foreign Minister Javad Zarif had invited Pakistan to participate in Chabahar seaport project and development of its link with Gwadar Port.

When asked about Iran's move, Abdali said, "That is what we look at regional initiatives. That means Chabahar port is open for everyone but with sincerity to come and invest in Chabahar and look at it as a regional hub and not as a threat to anything else."

He noted that the Chabahar project had helped Afghanistan diversify its trade links with India.

Abdali said the air corridor was doing very well and after Mumbai and Delhi, there were plans to have direct air-connectivity to Amritsar and Hyderabad.

The trade volume between India and Afghanistan is nearly USD 2 billion.

The major thrust of the event was a terror strike in Kabul that killed 11 journalists.

Abdali described it as the "bloodiest year for journalists" and the message behind the attack was to "shut down voice of justice, equality".

The Ministry of External Affairs also sent its representative to the event, as a mark of solidarity.