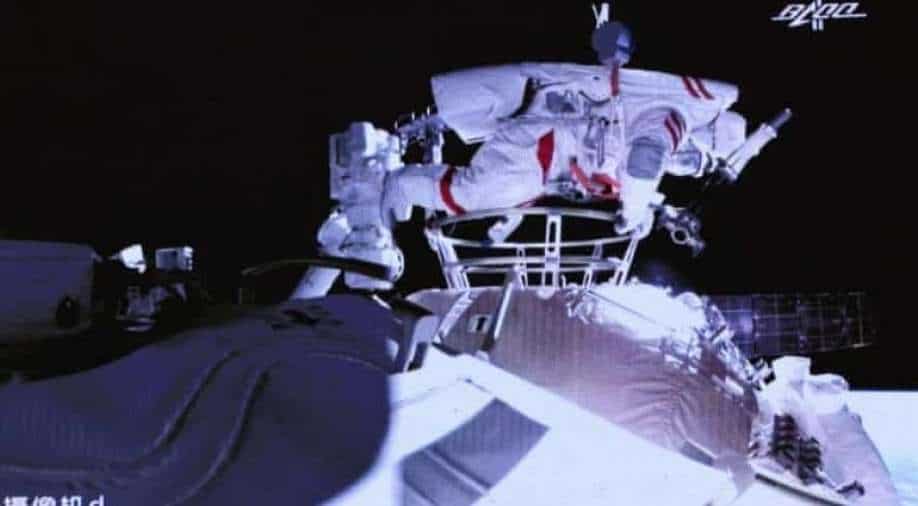 Chinese astronauts are conducting their second spacewalk outside the Tiangong space station to add the finishing touches to a robotic arm.

The foray, the second spacewalk in two months and relayed on state television, is part of China's heavily promoted space programme which has already seen the nation land a rover on Mars and send probes to the moon.

In June, three crew arrived at the station, where they are set to remain in space for a total of three months in China's longest crewed mission to date.

On Friday, astronauts Nie Haisheng and Liu Boming successfully exited the Tianhe core module to install foot stops and a workbench on the station's robotic arm, said the China Manned Space Agency in a statement.

Video footage showed the astronauts working outside the spacecraft while tethered to it with a long rope.

Their tasks also include working on a thermal unit and adjusting a panoramic camera, state broadcaster CCTV reported.

This marks only the third spacewalk for Chinese astronauts, after the first in 2008, when Zhai Zhigang made China the third country to complete a spacewalk after the Soviet Union and the United States.

The second took place in early July, when Liu and the third crew member Tang Hongbo left the station.

It is China's first crewed mission in nearly five years and a matter of huge prestige as the country marks the 100th anniversary of the ruling Communist Party.