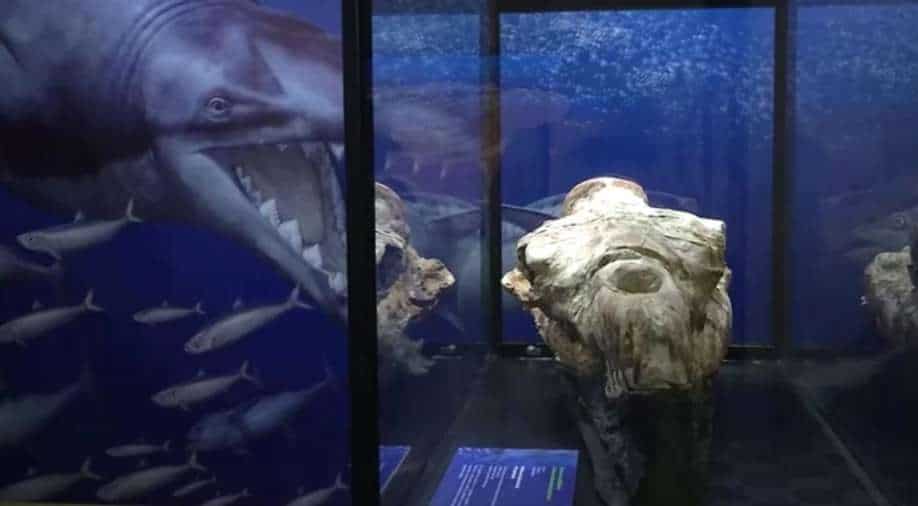 Rodolfo Salas, who is the chief of palaeontology at Peru's National University of San Marcos told reporters that the well-preserved skull was dug up intact last year

Palaeontologists have unearthed the skull of a ferocious marine predator, that said to be the ancient ancestor of modern-day whales.

On Thursday (March 17), scientists unveiled the fossilized remains of the ancient whale which lived 36 million years ago in an ocean that covered part of what is now Peru.

Rodolfo Salas, who is the chief of palaeontology at Peru's National University of San Marcos told reporters that the well-preserved skull was dug up intact last year.

ALSO READ | Even a worm can make decisions, says a study

The stunning fossilized remains were found from the bone-dry rocks of Peru's southern Ocucaje desert, with rows of long, pointy teeth that could feed on tuna, sharks and schools of sardines.

Scientists think the ancient mammal "Ocucaje Predator" was a basilosaurus, which is part of the aquatic cetacean family, whose contemporary descendants include whales, dolphins, and porpoises.

As per the textbooks, Basilosaurus means "king lizard". Although the animal was not a reptile but its long body might have moved like a giant snake.

Palaeontologist Mario Urbina, head of the team that discovered the skeleton, told news agency AFP, "We have presented the new Peruvian basilosaurus, it is the complete skull of an archaic whale that lived 36 million years ago."

ALSO READ | It's not photoshop! Rainbow-coloured fish discovered living off the coast of Maldives 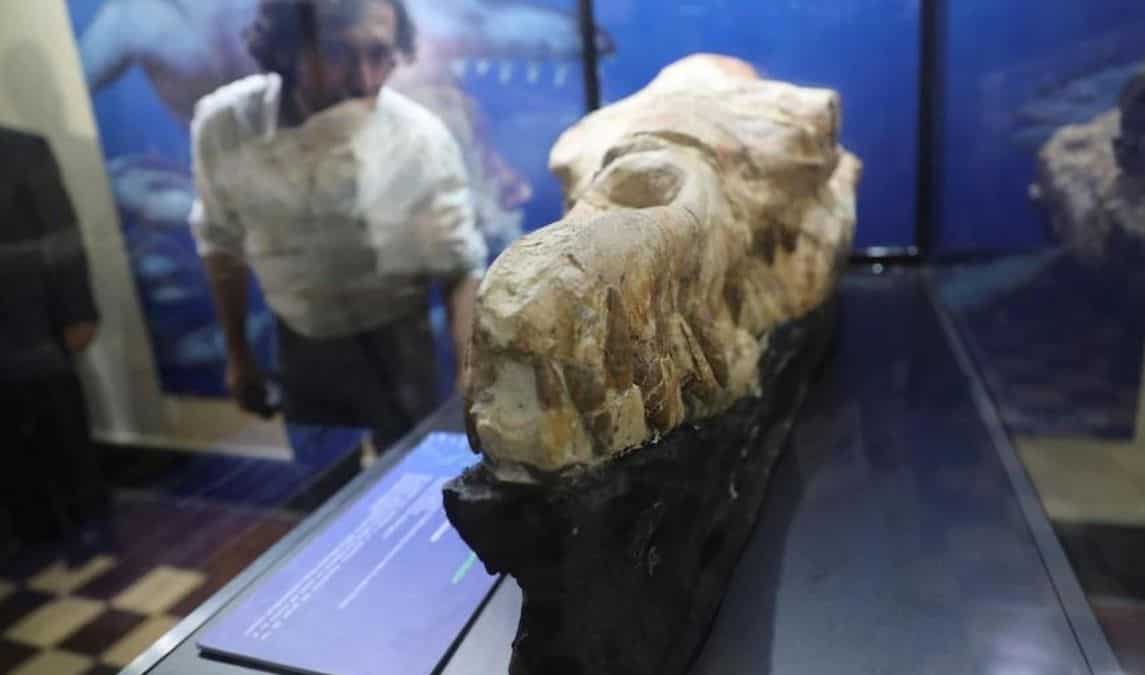 The 36-million-year-old Basilosaurus whale fossil on display at the Museum of Natural History, in Lima, Peru. (Image credit: Reuters)

"This finding is very important because there are no other similar specimens discovered in the world," said Urbina, a researcher at the National University of San Marcos, in Lima.

Team member Rodolfo Salas-Gismondi explained the basilosaurus differs from other known ancient whale species by its size and the development of its teeth, both of which indicate the animal was likely at the top of the food chain.

"This is an extraordinary find because of its great state of preservation," he told AFP. "This animal was one of the largest predators of its time."

"At that time the Peruvian sea was warm," added Salas-Gismondi, who heads the Department of Vertebrate Paleontology at the Natural History Museum in Lima. "Thanks to this type of fossil, we can reconstruct the history of the Peruvian sea."