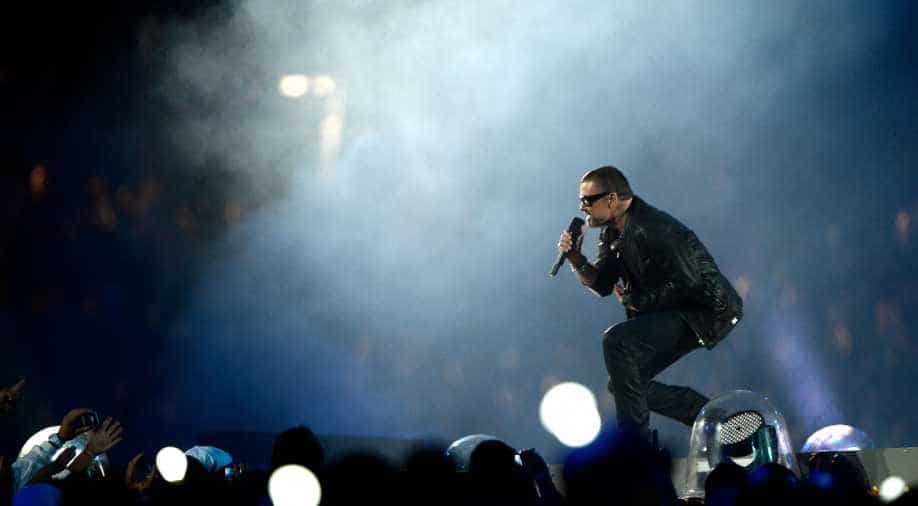 The same year that he came out as gay, Michael began his public activism by helping with a documentary about six young people affected by the HIV virus to coincide with World Aids Day. Photograph:( Getty )

Pop superstar George Michael concealed his homosexuality, as well as the trauma of his boyfriend's death, for years but later became a gay rights advocate and key supporter of HIV campaigns.

Michael, who died Sunday at 53, only came out as gay in 1998 -- nearly two decades into his career -- after being caught by police in a "lewd act" in a public bathroom in a park in Los Angeles.

His sexuality was by then an open secret in show business but Michael said he did not go public so as not to worry his mother because of fears about the AIDS virus in the gay community at the time.

"Understand how much I love my family and that AIDS was a predominant feature of being gay in the 1980s and early 1990s as far as any parent was concerned," he told BBC Radio in an interview in 2007.

"My mother was still alive and every single day would have been a nightmare for her thinking what I might have been subjected to," explained Michael.

Initially confused about his sexuality, Michael said he realised he was gay by the end of the 1980s.

'Fearful period to be gay'

Gay rights campaigner Peter Tatchell said that concern for his mother may not have been the only reason Michael chose not to come out.

"Back then, the red tops were vicious to gay public figures," he said, referring to popular tabloid papers like the News of the World and The Sun.

"They were vilified and smeared. Being gay was portrayed as a scandal and shame."

Tatchell said the explosion of AIDS led to a sharp rise in homophobic public attitudes.

"Gay-bashings and murders rocketed. It was a fearful period to be gay, let alone a gay public figure.

"I wish George had come out then. He could have helped counter that tide of prejudice. But I understand why he didn't," he said.

At a concert in Rio de Janeiro in 1991, Michael met Anselmo Feleppa, a Brazilian dress designer who became his first love.

"It's very hard to be proud of your sexuality when it hasn't given you any joy, but once you have found somebody you really love it's not so tough," Michael told the Huffington Post in an interview.

Six months into the relationship, they discovered Feleppa was HIV-positive -- a devastating blow for Michael.

"I couldn't go through it with my family because I didn't know how to share it with them –- they didn't even know I was gay," he said.

Feleppa died of an AIDS-related brain haemorrhage in 1993.

Whenever performing the single "Jesus To A Child" from the album "Older" (1996), Michael dedicated it to Feleppa and the singer later said the entire album was a tribute to his late partner.

"Heaven sent/ And Heaven stole/ You smiled at me/ Like Jesus to a child," Michael sings.

'Live on in the hearts'

Michael later told the BBC his arrest in 1998 may have been "a subconsciously deliberate act" to out himself and said he wished he had gone public sooner.

The same year that he came out as gay, Michael began his public activism by helping with a documentary about six young people affected by the HIV virus to coincide with World Aids Day.

As part of his philanthropy -- much of it under the radar -- he was also a major supporter of the Terrence Higgins Trust, a British HIV charity.

"His donations contributed to a vision of a world where people living with HIV live healthy lives free from prejudice and discrimination," the charity said in a Facebook post on Monday.

The gay rights group Stonewall said on Twitter: "You inspired many and your music will live on in the hearts of the community. You will be sorely missed".