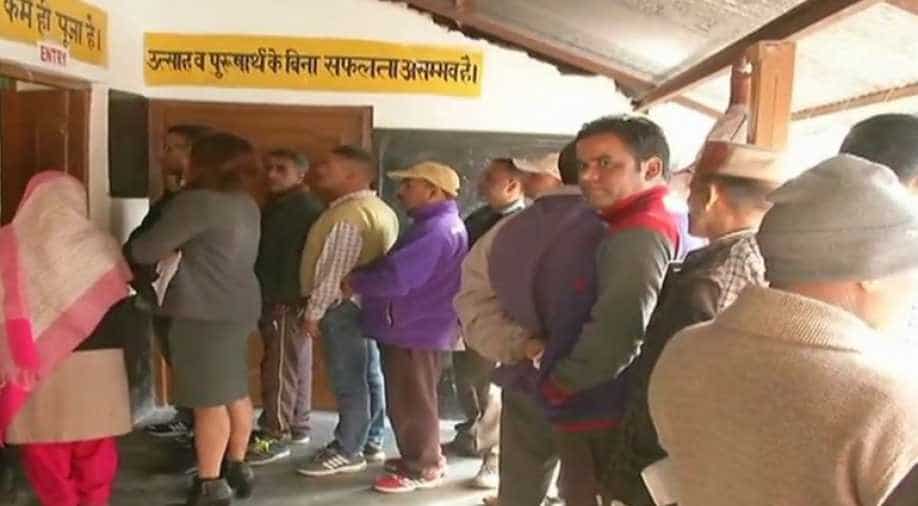 Himachal votes today: All you need to know about the election

Britain's overseas aid minister Priti Patel quit on Wednesday over unauthorised meetings in Israel. Theresa May summoned Patel back from a trip to Africa to explain her talks with Israeli politicians and officials, in which she reportedly raised the possibility of Britain diverting aid to the Israeli army.

Patel had apologised on Monday for holding 12 separate meetings -- including with Israeli Prime Minister Benjamin Netanyahu -- during a family holiday to Israel in August, without notifying the Foreign Office or Downing Street in advance.

Delhi gears up for second round of odd-even rule

In view of increasing air pollution, Delhi will have yet anothe round of odd-even. Delhi Lieutenant Governor Anil Baijal on Wednesday directed the Transport Department to start preparing for implementing the rule in Delhi.

Mr Baijal also directed Municipal Corporations, DDA and SDMs to strictly enforce a prohibition on open burning. Delhi Metro parking rates will also be increased four times the prevalent rates from Thursday onwards, in a bid to discourage use of private vehicles.

Gujarat elections: Cong gives 3 quota options to Patidars who say they'll get back to them

Congress gave three options to the Hardik Patel-led Patidar Anamat Andolan Samiti (PAAS) at a late night meeting here with respect to latter's quota demand for its community, even as the organisation members said they would consult their leaders and legal experts before taking a decision.

Amnesty International on Thursday condemned a draft bill in the Egyptian parliament that would criminalise homosexuality, in what the rights group called an "unprecedented homophobic crackdown".

The bill lays jail terms of between one and three years for first-time offenders, whether the act takes place in public or a private place. Repeat offenders would receive five years.