Who is Eric Michael Garcetti, the next US ambassador to India? Here's what you should know 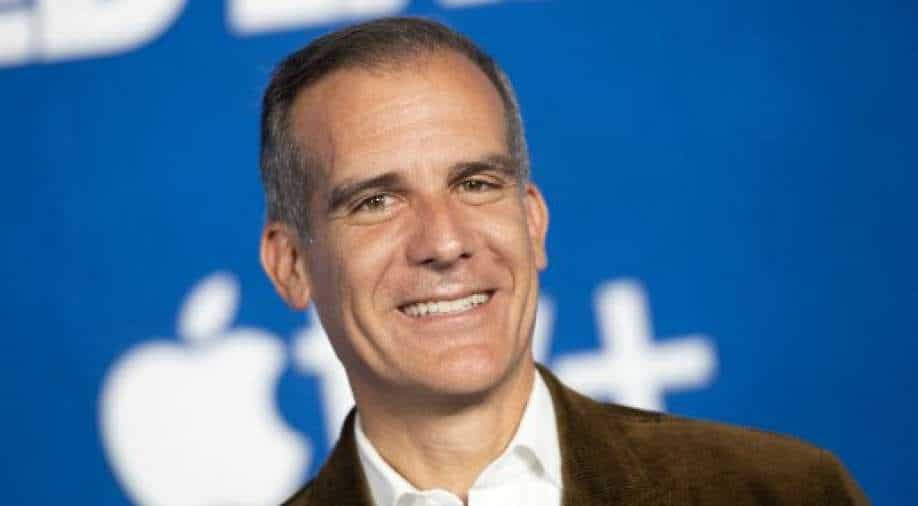 Eric Michael Garcetti, 50, is currently the mayor of Los Angeles. Garcetti has also served as an intelligence officer in the United States Navy Reserve.

Eric Michael Garcetti was nominated by US President Joe Biden to become the next ambassador to India. Here is what you should know about him.

Who is  Eric Michael Garcetti?

Eric Michael Garcetti, 50, is currently the mayor of Los Angeles. He was elected as Los Angeles mayor in 2013 and was re-elected in 2017.

Garcetti is the fourth-generation Angeleno and son of public servants. According to the mayor's official site, he is the "grandson and great-grandson of immigrants from Mexico and eastern Europe".

Garcetti has served as an intelligence officer in the United States Navy Reserve. He had done his BA and MA from Columbia University and studied as a Rhodes scholar at Oxford University and also studied at the London School of Economics.

He has taught at the University of Southern California and Occidental College. The Los Angles mayor is married to Amy Elaine Wakeland and they have a daughter named Maya. He is a jazz pianist and photographer.

Views on India: 'Defend its sovereignty and deter aggression'

The experienced Democrat told US lawmakers during the confirmation hearing that, "India is situated in a tough neighbourhood. If confirmed, I intend to double down on our efforts to strengthen India's capacity to secure its borders, defend its sovereignty and deter aggression."

Garcetti will take over as India chief at the US embassy as the Biden administration battles China on several fronts especially in the Indo-Pacific.

During the confirmation hearing, Garcetti emphasised he will push for the "diversification" of India's weapons system as the country gets set to acquire the Russian S-400 missile defence system.

"I don't want to prejudge the secretary's decision about sanctions or a waiver. And I do want to tell the chairman, ranking member and all the members, I do fully support the law of the land, the implementation of CAATSA as law here and part of that is the waiver provision," Garcetti told lawmakers.

"I think it is one of the great success stories of the last few decades from zero to $20 billion in procurement, the intelligence sharing that we have, the interoperability, the exercises, the maritime work that we're doing," he said told lawmakers.