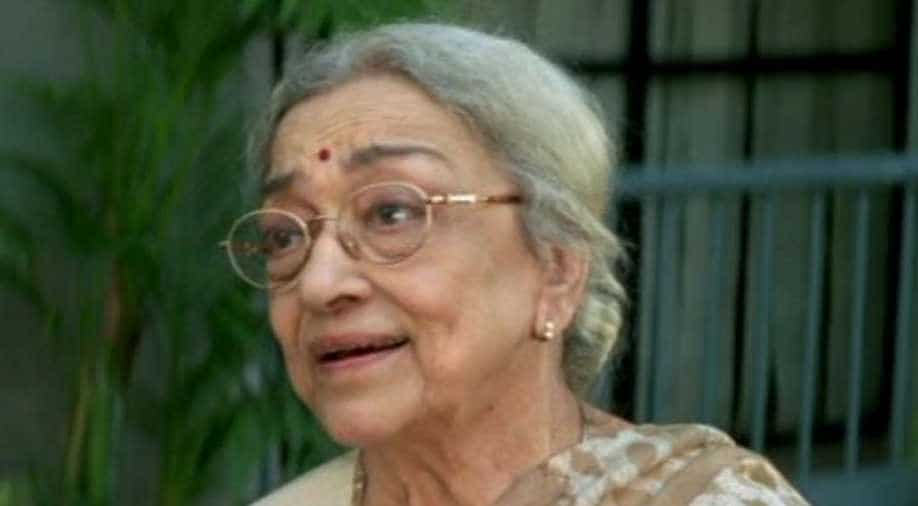 Veteran Bollywood actor Ava Mukherjee died at the age of 88 on January 15 in Mumbai.

Bollywood's beloved grandmother, Mukherjee, is known for contributing to some of the most iconic roles in both television commercials and films.

She started her acting career with the 1963 Bengali film, "Ram Dhakka", helmed by Taru Mukherjee. However, Hindi films happened for her in the year 2000.

Mukherjee is remembered most of all, for playing the fun-loving grandmother to Shah Rukh Khan's character in "Devdas" which released in 2002.

Her name became synonymous with that of a loved grandmother when she played the lead role in 2009 release "Detective Naani". The film was directed by her daughter Romilla Mukherjee.