US President Trump says he will meet Modi, Imran Khan soon amid 'a lot of progress' in Kashmir 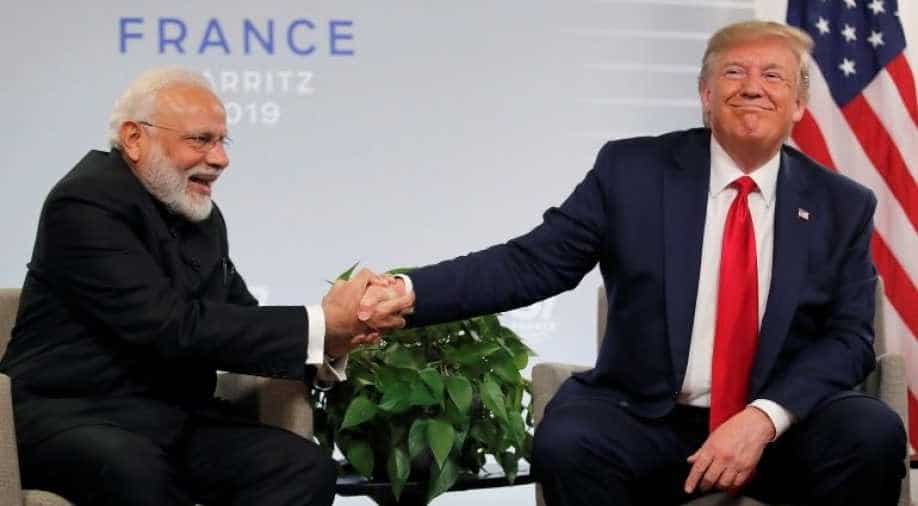 While Trump said that he will be addressing the  `Howdy, Modi!` event along with PM Modi, he did not say when and where he will be meeting Khan.

US President Donald Trump on Monday said that he will be meeting Indian Prime Minister Narendra Modi in Houston, Texas and Pakistan Prime Minister Imran Khan amid rising tensions between the two South Asian neighbours.

While Trump said that he will be addressing the  `Howdy, Modi!` event along with PM Modi, he did not say when and where he will be meeting Khan.

Replying to a question about his participation in `Howdy, Modi!` event in Houston this Sunday, Trump said, "I will see Prime Minister Modi and I will be meeting with India and Pakistan and I think a lot of progress has been made there...lot of progress".

Earlier White House had confirmed the participation of Trump in  `Howdy, Modi!` event, believed to be one of the largest events to welcome a foreign head of government ever in the history of the United States.

It will mark the first time that the two leaders would meet outside of either capital Washington DC or New York, where the United Nations is headquartered.

Over 50,000 people have already been registered for the event, which will be hosted by the Texas India Forum.

Tensions have heightened between India and Pakistan after India rescinded Article 370 from the Indian constitution and bifurcated Jammu and Kashmir into two Union Territories.