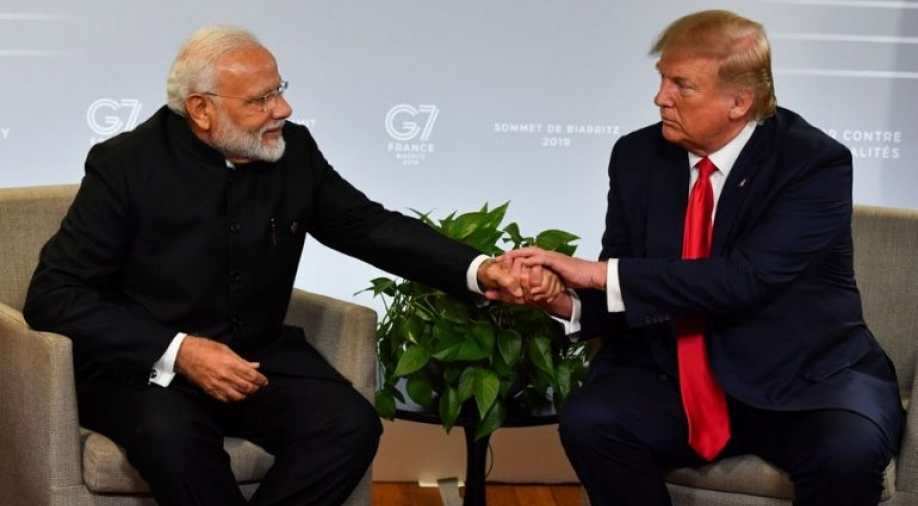 PM Modi will address the event, Howdy Modi, which will see the participation of 50,000 people, mostly Indian Americans.

Prime Minister Narendra Modi has welcomed the "special gesture" of United States President Donald Trump to participate in one of the largest Indian diaspora event in Houston, Texas on 22nd of September.

PM Modi will address the event, Howdy Modi, which will see the participation of 50,000 people, mostly Indian Americans.

In a tweet, PM said the participation "highlights the strength of the relationship and recognition of the contribution of the Indian community to American society and economy."

The event will take place in NRG Stadium in Houston, Texas on September 22 8.30 pm.

A special gesture by @POTUS, signifying the special friendship between India and USA!

Delighted that President @realDonaldTrump will join the community programme in Houston on the 22nd.

Looking forward to joining the Indian origin community in welcoming him at the programme.

Earlier, the White House confirmed Donald Trump's participation saying it underscores the important partnerships between the United States and India.

In a statement, White House said, "In Houston, President Trump will participate in an event with Prime Minister Narendra Modi of India. The event, “Howdy, Modi! Shared Dreams, Bright Futures,” is expected to draw tens of thousands of people."

Explaining, "It will be a great opportunity to emphasize the strong ties between the people of the United States and India, to reaffirm the strategic partnership between the world’s oldest and largest democracies, and to discuss ways to deepen their energy and trade relationship."

The event, bigger than the Madison Square Garden diaspora event in New York in 2014, is being hosted by Texas India Forum.

Calling the development "unconventional and unique", Indian Ambassador to the US, Harsh Vardhan Shringla said, "It reflects not only closeness and comfort levels in the relationship but also personal chemistry and friendship between PM Modi & President Trump."

India Prime Minister Narendra Modi will be in US between September 21 and 27 during which he will also address the United Nations General Assembly, meet US CEOs and hold several bilaterals with many world leaders. This is the second Modi will be addressing the UNGA.