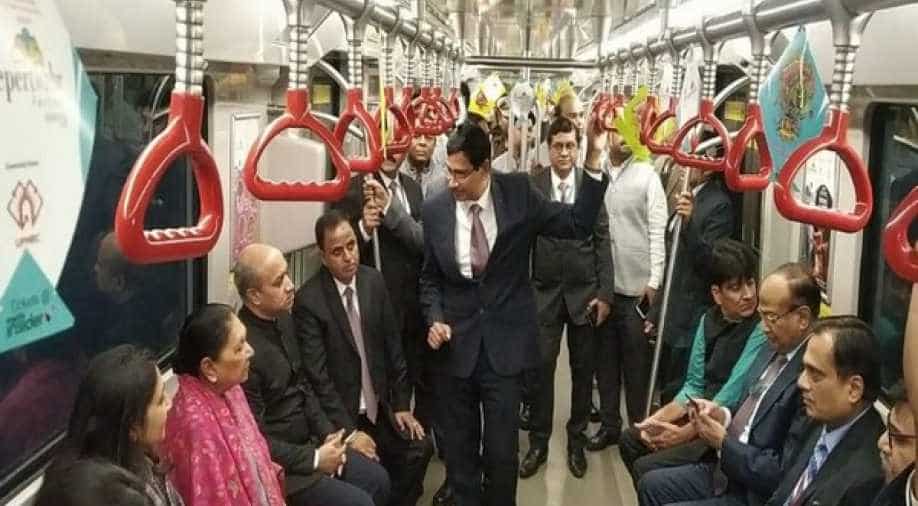 Kumar Keshav explained to her about the uniqueness and the features of the state-of-the-art infrastructure along with other amenities available for the differently-abled, women and senior citizens inside the Metro premises.

The managing director provided an overview to the governor of the unique design, technology and special features of the Lucknow Metro train which is a combination of old and modern elements depicting the culture-rich diversity and heritage of Lucknow.

The managing director also presented her a Coffee Table book highlighting the Lucknow Metro's journey since its inception at the Sachivalaya Metro Station.

The governor lauded and appreciated the stupendous efforts of the Lucknow Metro team for their sheer dedication, perseverance and commitment in bringing a sea-change in the Mass Rapid Transit System of the city.