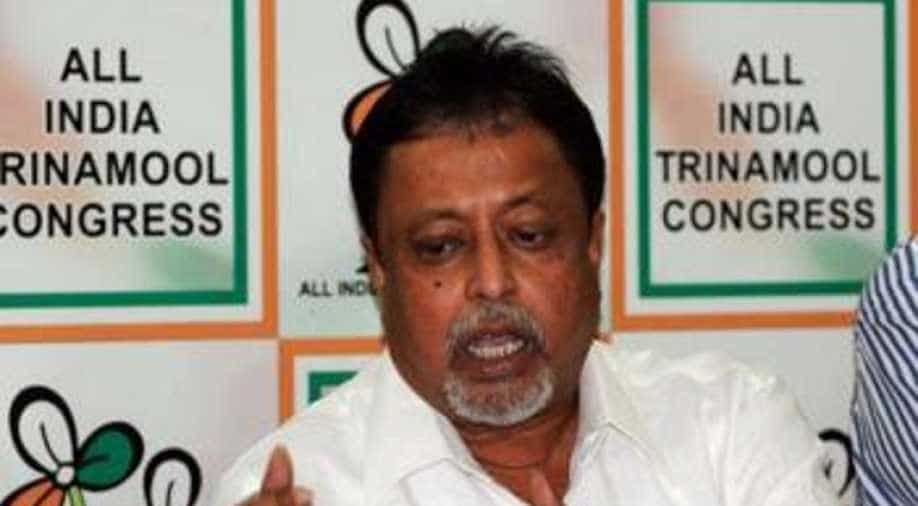 On speculations that he might join the saffron party, Roy said, "I will not comment on that"

Suspended Trinamool Congress (TMC) MP Mukul Roy today described the BJP as a secular party and said the TMC would not have tasted success without the backing of the saffron outfit at the national level in its initial years.

"I do not consider the BJP to be a communal force. It is a secular party. Had it been a communal party, it would not have been recognised by the Election Commission. When the TMC was formed, it had forged an alliance with the BJP. The alliance was there from 1998-2006, except for a few months during the (West Bengal) Assembly election in 2001.

"Back then, no one called it (BJP) a communal party. Then how come, all of a sudden, you (TMC) change your stand?" Roy told reporters here.

Roy, one of the founding members of the Mamata Banerjee- led TMC, said the party would not have tasted success, had it not got the BJP's backing in its initial years.

"It was the alliance with the BJP which helped the TMC to taste success in its initial years, be it the 1998 or 1999 Lok Sabha polls," he said.

On speculations that he might join the saffron party, Roy said, "I will not comment on that."

Roy is scheduled to go to New Delhi later this week and tender his resignation from the Rajya Sabha and the primary membership of the TMC.

Once the second-in-command in the TMC after West Bengal Chief Minister Mamata Banerjee, Roy was suspended from the party for six years for "anti-party activities".

The decision to suspend him was taken by the TMC leadership after he had said, on September 25, that he would resign from the party after Durga Puja.

Roy has been maintaining a distance with the TMC leadership for the last few months. He was removed as the TMC vice-president after the party decided to revamp its structure.

He was earlier removed as the party's in-charge of Tripura, where the TMC was steadily making inroads till some of its members switched over to the BJP earlier this year.