TDP may face some debacles but it never lost cadre base, says Chandrababu Naidu 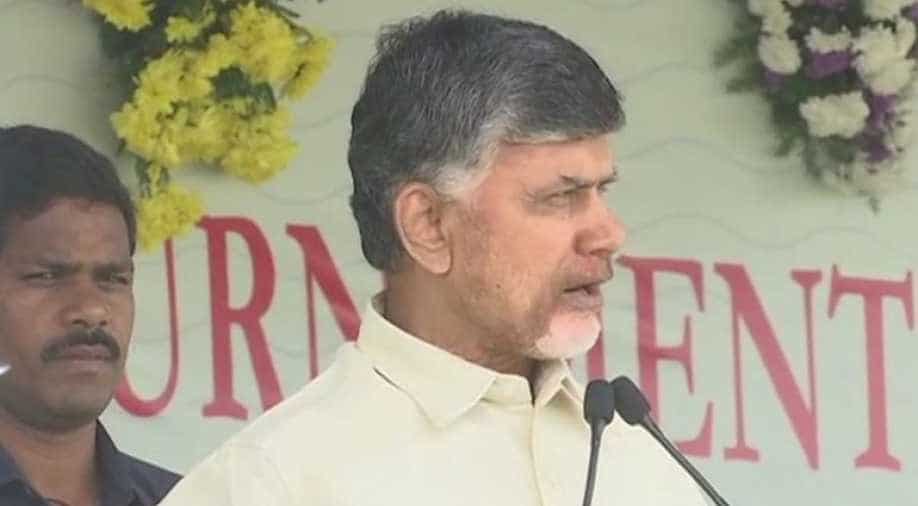 The former Chief Minister said Andhra Pradesh was bifurcated in 2014 and was in much trouble then.

TDP leader N Chandrababu Naidu on Tuesday hit out at Andhra Pradesh Chief Minister YS Jagan Mohan Reddy on a range of issues and stressed that although his party (TDP) faced some troubles, it never lost the cadre base.

"This party was floated by the great NT Rama Rao. Though the party may face some debacles, it never lost cadre base," he said while addressing party workers in Vijayawada.

The former Chief Minister said Andhra Pradesh was bifurcated in 2014 and was in much trouble then.

"I worked hard for the state. I ignored the personal family and party family. But now I am left with party and family only. I am pained that the people could not understand my efforts and defeated our party," he said.

"Sand scarcity became a big menace for the state. During our regime, we gave sand at free of cost. They alleged that we maintained sand mafia. But what is the situation now," he asked.

Naidu questioned if the incumbent Chief Minister has come out to resolve the problem. "Somebody said that Jagan is playing video games at house," he said.

The former Chief Minister accused YSRCP leaders of black marketing sand and alleged that now the cost of sand in the state is much higher than cement.

"Five persons committed suicide due to sand shortage and lack of works. Jagan is responsible for their deaths," he said.

Naidu also accused the government of troubling TDP leaders and cadres with cases and stressed that they are not afraid of it.

"In Assembly, YSRCP abused me. They found fault with our fight on mosquitoes. Now Dengue and other mosquito-related diseases prevalent all over the state," he said.

"On the name of savings, the Jagan government is not spending even a single penny. They are colouring buildings constructed by us, with their party colours. I tell them to paint their faces, not buildings," the former Chief Minister said.

Naidu claimed that he developed Hyderabad for fame, prestige, and development of Telugu community.

"Jagan tried to dig out the corruption of our regime but could dig nothing," he said.

On-farm loans, the former Chief Minister said, "TDP is the only government that waived loans of farmers to the tune of Rs 1.5 lakhs. We were ready to pay 4th and 5th instalments. But they objected."

"Rytu Bharosa is his scheme. But he did not pay the promised amount.
He reduced its level; reduced number of beneficiaries. Don't know whether he will pay the 2nd and 3rd instalments," Naidu wondered.

Taking a dig at the Chief Minister, Naidu said when people were suffering from floods, Jagan was on a tour in Jerusalem and the US.

"He filed cases against me for the unfortunate demise of people during Godavari pushkaram (kumbh). Now I question, who sank a boat in Godavari," he said.

He alleged that in the name of village secretariat jobs, they were looting public money for their party cadre.

"Power cuts have increased in the state. Soon power tariffs may also be increased," Naidu claimed.

He also hit out at the government for law and order situation and said, "Kodela Sivaprasad Rao did not commit suicide. It is the murder by the government."

"All the misdeeds of your govt and supporters of them ... We will not leave anything. I am listing out their misdeeds like Chitragupta," warned the former Chief Minister.

"We will come to power soon. I have belief in party cadre," the TDP leader said.