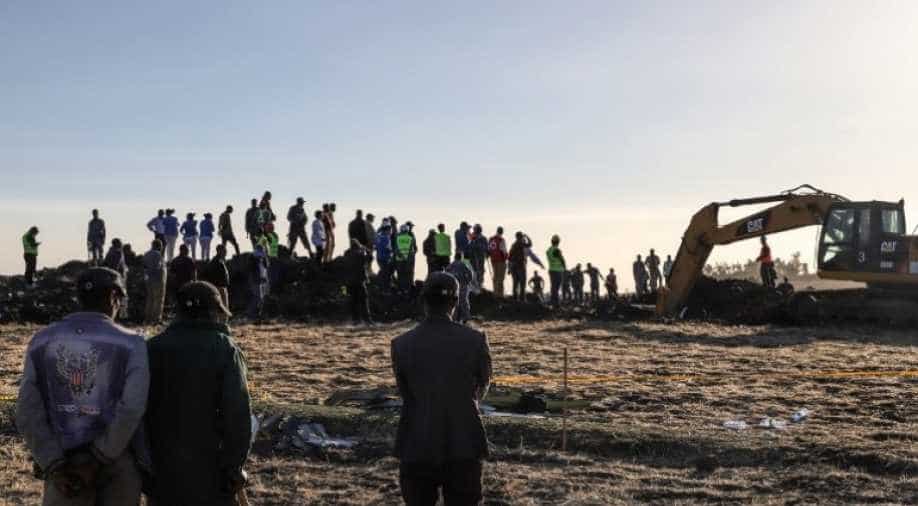 People from 35 countries, including India, died in the Sunday morning crash six minutes after the plane took off from Ethiopia's capital en route to Nairobi, Kenya.

Six members of an NRI family from Canada, who were killed when an Ethiopian Airlines plane crashed, were originally from Surat and Vadodara and were on their way to Mombasa in Kenya, their family members said here Monday.

People from 35 countries, including India, died in the Sunday morning crash six minutes after the plane took off from Ethiopia's capital en route to Nairobi, Kenya.

According to the parents of Prerit Dikshit, who was killed in the crash along with his wife Kosha, the couple along with their daughters Ashka and Anushka, his father-in-law Pragnesh Vaidya and mother-in-law Hansiniben Vaidya, were going to Mombasa to meet Pragnesh Vaidya's old friend.

The NRI family had been living in Toronto, Canada since the last 18 years, they said.

Prerit Dikshit's wife Kosha was born in Mombasa and was eager to visit her birthplace during their tour of the Kenyan town, they said.

"I last spoke to them on March 9 before they boarded the plane. They said they wanted to visit Africa and will return to Toronto on March 19," said Prerit Dikshit's mother Parindaben, who lives in Surat with her husband Virendra Dikshit.

"My daughter-in-law was accompanied by her parents, Hansiniben Vaidya and Pragneshbhai Vaidya (who originally hailed from Vadodara)," she said.

"They were going to meet their old friend named Prakashbhai as he was planning to return permanently to India," she said.

"My daughter-in-law also wanted to accompany them as she wanted to go to her birthplace. She was born in Mombasa in 1981," Parindaben Dikshit said.

As many as 157 people --149 passengers and eight crew members -- were killed in the crash, according to the airline.

The Indian government had said Sunday that four Indian nationals also died in the crash.

"I am sorry to know about the unfortunate crash of Ethiopian Airlines plane ET 302. We have lost four Indian nationals in the air crash," External Affairs Minister Sushma Swaraj had tweeted.

I have spoken to son of Mr Vaidya in Toronto. I am shocked you hv lost 6 members of your family in air crash. My heartfelt condolences. I hv asked @IndiainKenya @IndiaInEthiopia to reach u immediately. They will provide help and assistance in respect of all your family members. https://t.co/4iUGgEC7j5

"I have asked Indian High Commissioner in Ethiopia to provide all help and assistance to the bereaved families," she had tweeted.