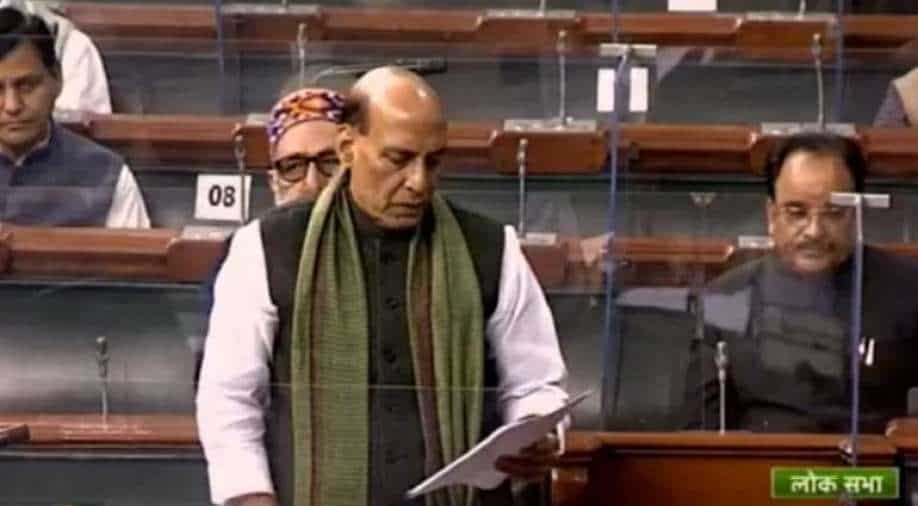 He reported that India's CDS, Gen Bipin Rawat, was on a scheduled visit to Defence Services Staff College in Wellington, a south Indian city, on Wednesday to interact with student officers

"With profound grief and heavy heart, I stand to convey the unfortunate news of the crash of the military helicopter in the noon of 8th December 2021, with India's first Chief of Defence Staff, Gen Bipin Rawat onboard," Rajnath Singh said at the beginning of his statement.

He reported that India's CDS, Gen Bipin Rawat, was on a scheduled visit to Defence Services Staff College in Wellington, a south Indian city, on Wednesday to interact with student officers. "The Air Force Mi 17 V 5 helicopter took off from Sulur Air Base at 11:48 am yesterday and was expected to land at Wellington by 12:15 pm," Singh narrated the details of the incident. "Air Traffic Control at Sulur Air Base lost contact with the helicopter at approximately 12:08 pm."

It was a few minutes after that when a few locals in the Coonoor area spotted a fire coming out of a forest and rushed to check and help. The locals spotted the army helicopter crashed and informed the authorities. Rescue teams rushed to the spot and attempted to save and recover survivors of the crash.

He assured that the sole survivor of the helicopter crash, Group Captain Varun Singh, is on life support in the Military Hospital in Wellington and all efforts are being made to save him.

Singh told the Parliament that a tri Service enquiry has been ordered by the Indian Air Force which will be headed by Air Marshal Manvendra Singh, Air Officer Commanding-in-Chief Training Command. Officials reached the crash site yesterday and started their investigation immediately.