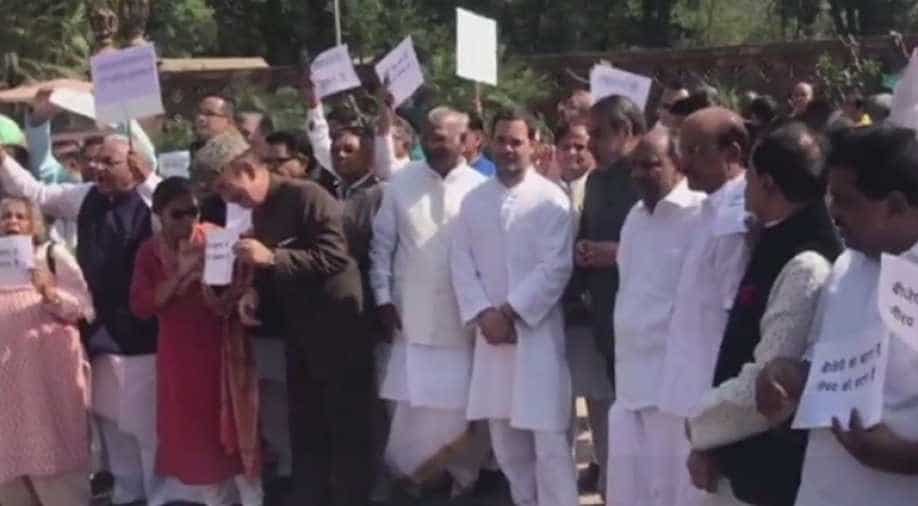 Rahul Gandhi and other Congress leaders protest outside Parliament on March 6. Photograph:( ANI )

The Congress president and the lawmakers staged a protest near the Mahatma Gandhi statue in Parliament, ANI reported.

Parliamentary Affairs Minister Ananth Kumar said the government was ready to hold discussions on the scam in both houses but that the Opposition should stop the ruckus it was creating inside and outside Parliament.

"Government is ready to hold discussion on the questions opposition is raising about the bank in both the houses. Opposition is invited for a structural debate and to stop the ruckus they are creating inside and outside the Parliament," Ananth Kumar said.

At a rally in Karnataka last month, the Congress President asked why Narendra Modi, who had described himself as the country's "chowkidar" (watchman), was "silent" on the Punjab National Bank (PNB) fraud.

"Nirav Modi has indulged in the theft of Rs 22,000 crore, he runs away from the country, but the chowkidar of this country does not even utter a word," he said.