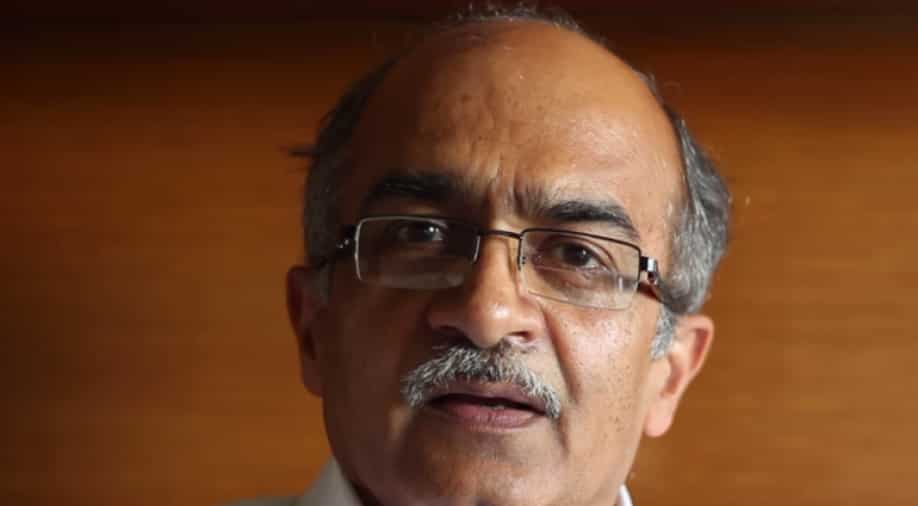 Yadav and Bhushan were sacked from the AAP in March 2015 for alleged anti-party activities. Photograph:( Others )

A three-member bench of the Supreme Court said that lawyer Prashant Bhushan must pay the fine by Sept 15,

The Supreme Court on Monday imposed a fine of one rupee ($0.0136) on a prominent lawyer found guilty of criminal contempt for posts on Twitter that were critical of senior judges, which he declined to apologise for.

A three-member bench of the Supreme Court said that lawyer Prashant Bhushan must pay the fine by Sept. 15, failing which he could be imprisoned for three months and barred from practice for three years.

"Freedom of expression is there but rights of others should also be respected," the court said while imposing the fine on Bhushan.

Bhushan and his lawyers were not immediately available for comment.

In June, Bhushan posted a photograph that he said showed Chief Justice SA Bobde astride a Harley-Davidson motorcycle, saying he was riding a 5 million rupee ($67,000) bike without a mask or a helmet while citizens were being denied justice as the court was in lockdown.

Bobde has not commented publicly on the photograph.

In another post on Twitter the same month, Bhushan said that when historians looked at how democracy had been destroyed in India in the past six years, they would note the role of the Supreme Court and the past four top justices.

In an 108-page order holding him guilty of criminal contempt earlier in August, the court had said the first post was "patently false".

The same order said that the second had the "effect of destabilising the very foundation of this important pillar of the Indian democracy", referring to the judiciary.

The court then asked Bhushan, who has championed public interest litigation, to issue an "unconditional apology", which he declined to do, leading to the sentence on Monday.