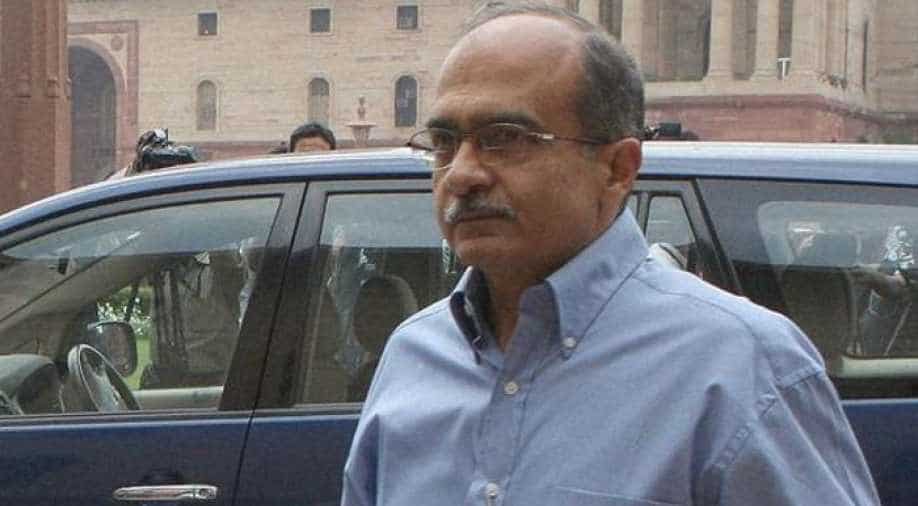 The bench will hear him on sentence on August 20. According to the criminal contempt of law, the maximum sentence can be of six months in jail or any other punishment court thinks for him.

The Supreme Court of India on Friday held senior advocate and renowned activist Prashant Bhushan guilty for contempt of court for his two tweets against the Judiciary.

A bench headed by Justice Arun Mishra pronounced its verdicts in the suo motu contempt case against Prashant Bhushan for his two tweets on the judiciary, Chief Justice of India (CJI) SA Bobde and his four predecessors.

The bench will hear him on sentence on August 20. According to the criminal contempt of law, the maximum sentence can be of six months in jail or any other punishment court thinks for him.

Bhushan posted two tweets, one on the apex court on June 27 and the second on CJI SA Bobde on June 29. Both tweets were taken down by Twitter after the top court issued a contempt notice to Bhushan.

The June 27 tweet said, “When historians in the future look back at the last 6 years to see how democracy has been destroyed in India even without a formal Emergency, they will particularly mark the role of the Supreme Court in this destruction, & more particularly the role of the last 4 CJIs.”

The June 29 tweet included a photo of CJI S A Bobde riding a Harley Davidson motorcycle, and said, “CJI rides a 50 lakh motorcycle belonging to a BJP leader at Raj Bhavan, Nagpur, without a mask or helmet, at a time when he keeps the SC in Lockdown mode denying citizens their fundamental right to access Justice!”

On July 22, the top court had issued a show-cause notice to Bhushan after initiating the criminal contempt against him after taking note of a petition.

While referring to the tweets by Bhushan, the apex court had earlier said these statements are prima facie capable of "undermining the dignity and authority" of the institution of the Supreme Court in general and the office of Chief Justice of India in particular, in the eyes of the public at large

Senior advocate Dushyant Dave, appearing for Bhushan in the matter, had said, The two tweets were not against the institution.

Bhushan has made an immense contribution to the development of jurisprudence and there are at least 50 judgments to his credit, Dave had said, adding that the court has appreciated his contributions in cases like 2G scam, coal block allocation and in mining matters.

Referring to the ADM Jabalpur case on the suspension of fundamental rights during the Emergency, the senior advocate had said that even extremely uncharitable remarks against the judges were made and no contempt proceedings were made out.

In a 142-page reply affidavit filed in the matter, Bhushan had stood by his two tweets and had said the expression of opinion, however outspoken, disagreeable or unpalatable to some, cannot constitute contempt of court.

Bhushan, in the affidavit, has referred to several apex court judgements, speeches of former and serving judges on contempt of court and the stifling of dissent in a democracy and his views on judicial actions in some cases.

Preventing citizens from demanding accountability and reforms and advocating for the same by generating public opinion is not a 'reasonable restriction', the affidavit had said, adding that the Article 129 cannot be pressed into service to stifle bonafide criticism.