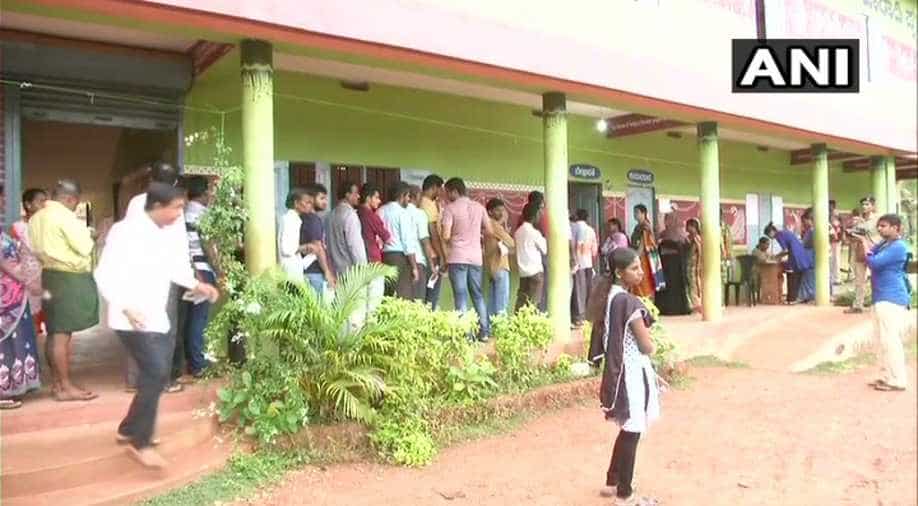 Polling for the high-stakes Karnataka assembly elections got underway this morning under a thick security blanket.

In what is projected as a tight race, voting is being held in 222 out of 224 seats in a three-cornered contest among the ruling Congress, the BJP and former prime minister H D Deve Gowda's JD(S).

The Election Commission yesterday deferred the polls for the Rajarajeswari Nagar constituency to May 28 after a massive row erupted over a large number of voter ID cards being found in an apartment.

The election for the Jayanagara seat in Bengaluru was countermanded following the death of BJP candidate and sitting MLA B N Vijaykumar.

Officials said 58,008 polling stations have been set up across the state, of which 12002 have been designated as "critical", with over 3,50,000 polling personnel on duty.

Police have made elaborate security arrangements for the smooth conduct of polls that will go on until 6 pm. Counting of votes will take place on May 15.

This also includes about 7,500 personnel from states like Andhra Pradesh, Telangana, Maharashtram Chattisgarh, Kerala and Goa, she said, adding, central forces have been deployed.

The current polls are seen as one of the most complex the state had ever witnessed with many imponderables that have left most analysts to bet on a fractured mandate in a cliffhanger.

One among the interesting aspects of this election is four candidates who have served as chief minister of Karnataka are in the fray -- current incumbent Siddaramaiah (Chamundeshwari and Badami), B S Yeddyurappa (Shikaripura), H D

Some special polling stations with ethnic look in primitive tribal areas have been established on a pilot basis. For the first time in Karnataka, one all women-managed polling station (Sakhi) has been set up in all rural assembly constituencies and five in each urban constituency (totalling 600 polling stations).