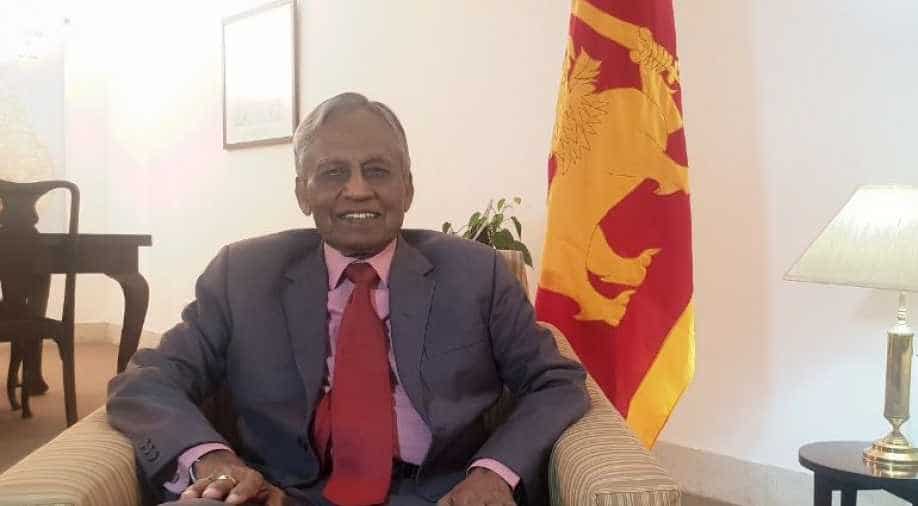 Prime Minister Narendra Modi, who will be travelling to Sri Lanka on Sunday will be visiting places impacted by the terror attacks of April 21 in which more than 250 people died.

WION: How do you see this visit by PM Modi to your country?

Austin Fernando: Very important for us, especially after this disaster as you said, PM Modi going to Sri Lanka is an endorsement of solidarity between the two countries, the concern he has for Sri Lanka, his visit will be seen as others, like investors, tourists and people who want to do business with Sri Lanka, for trade, all these people will be enthused by the visit. It's very important for us. PM Modi, being head of government of the largest democracy itself is a thing we have to respect. India, being a neighbourhood country and also very friendly with us, we consider it an important visit.

The people of India stand firmly with the people of Sri Lanka, who suffered great agony and destruction in the wake of the horrific terror attacks on Easter. We fully support Sri Lanka in the fight against terror.

WION: Can you tell us the agenda, places he will be going to?

Austin Fernando: Definitely PM Modi will like to visit places impacted from attack because that is going to be standing with another set of people who have been victims of the disaster. His concerns once again, human concern of the PM. Then he may have a chance of speaking to various people who have been doing a lot of things between the two countries, in economic field, educational field, technology field and security field. And then India being the country that had helped us in the investigation after this attack, we have things to contribute. Sri Lankan government officials will also have issues that can also be taken. India is the largest contributor to our visitors to Sri Lanka as a tourist.

WION: Travel advisories were imposed for your country after April 21 attack. How does it impact you?

Austin Fernando: Travel advisories have been removed, withdrawn by several countries. India also has relaxed it somewhat, the problem is we consider it somewhat, still restraining to people to go there. I think, if PM Modi when he will be there, having heard difficulties we are undergoing, if he changes it, makes up his mind to relax it, that is the best gift Indian government and PM Modi can give to Sri Lanka at present.

WION: How are both countries cooperating on terror front?

Austin Fernando: I think, India has, large amount of intelligence collection system and the technology and experience and the access to various sources which probably we may not have. This particular disaster, information was given by Indian intelligence to our people, unfortunately, there has been some problem. This is not a thing that is happening in isolation in India nor happening in isolation in Sri Lanka. International terrorist movements and the issues are connected to this, so therefore, rather than trying to sort out issues and problems as individual countries, if we can do this as joint exercise by people of these countries, the relevant, officials, that will bring better results than in isolations, especially, India can help us. Also, India and Sri Lanka can look at other countries also, internationally like US, UK, Japan or Australia, we can work with them also. We have to coordinate efforts.

Austin Fernando: Best and easiest example is BIMSTEC. We had SAARC, we are having SAARC still, now there is BIMSTEC that has covered a larger geographical area. Then it has started working. Security of the area, growth of the area, poverty reduction of the area, these are issues that are problem for everyone in the area. India has taken initiative with BIMSTEC, so the grouping can be made use of by India and by other countries. You may even expand the relationships with other countries, other areas also and lot of internal issues can be evaporated from the system.