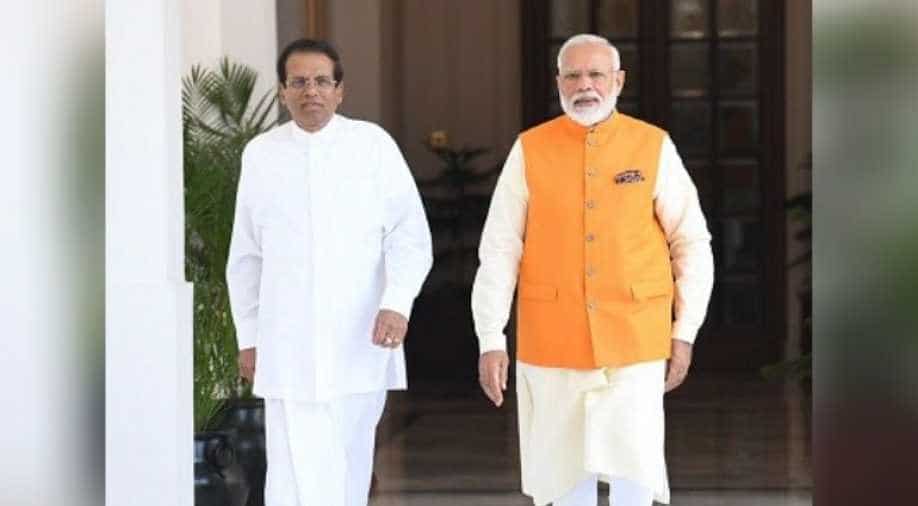 Modi will be the first foreign leader to visit Sri Lanka after the Easter terror attacks that killed more than 250 people Photograph:( Twitter )

Prime Minister Narendra Modi will make a short and packed visit to Sri Lanka on June 9, while coming back from the Maldives.

Adding, "PM will very clearly signal his commitment and the intention of the government at the highest level to build a strong relationship based on mutual trust and mutual sensitivity to each other's concerns in the coming five years and discuss ways to enhance development partnership."

PM will be the first foreign leader to visit Sri Lanka after the Easter terror attacks that killed more than 250 people. Sri Lankan President Maithripala Sirisena had visited India last week for the oath-taking ceremony of PM Modi for his second term.

Modi visited Sri Lanka twice in his first term -- in March of 2015 when he travelled to Anuradhapura, Talaimannar, and Jaffna and in 2017 when he was the Chief Guest at the Vesak day celebrations.

During PM's Jaffna visit, India announced that it will hand over 14,000 houses to upcountry Tamils (Indian origin Tamils). The first tranche of houses of 1500 was handed in August 2018, rest will be handed later this year and the first half of next year.

India has also provided over 280 ambulances to the country for the Emergency Ambulance Service that was launched in July of 2016 under Indian Grant Assistance of US $ 7.55 million.

India along with Japan is trilaterally working with Sri Lanka to develop an LNG terminal and east container terminal at the Colombo port. On the connectivity front, India is providing railway rolling stock under an earlier line of credit of Rs 2800 crore.