Opinion: Emerging infectious diseases in India — the scourge that could boost urban development 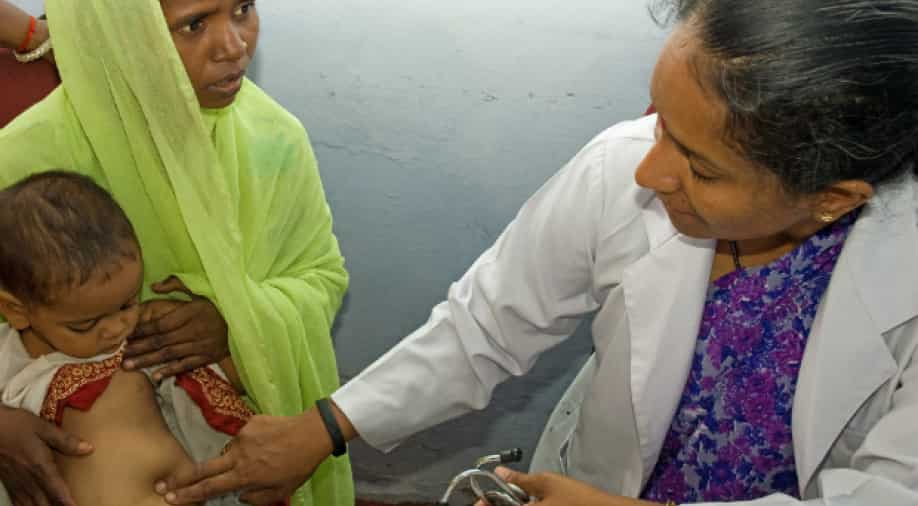 Human societies have seen a significant decrease in mortality from infectious diseases over the past century.

However, we must still struggle with ongoing pathologies we once thought were under control (cholera, tuberculosis, plague, etc.) as well as the new ones that have emerged over the last 30 years (HIV/AIDS, Ebola, dengue, West Nile virus, H1N1, etc.).

The vast scale of the global epidemics provoked by these viruses forces us to look more closely at the territories where they emerge.

In India, there has been an accelerated spread of dengue and chikungunya, both transmitted by the Aedes mosquito, which is particularly well adapted to urbanised areas.

For example, the annual number of new dengue cases is estimated at more than 30 million, while the number of chikungunya cases is believed to have increased by 390 per cent over the last three years.

Recent estimates indicate that India is the country with the highest prevalence of these two diseases.

Cities, and disease, on the rise

The rise of these infectious diseases is often described in terms of biological processes, but they cannot be reduced to just this dimension.

A range of factors plays a role, in particular, increasing urbanisation and human mobility. The trains connecting Mumbai to its periphery move more than 7 million travellers a day, and New Delhi’s metro system caters to 2.5 million daily commuters.

The growing attention paid to the epidemiology of these viruses can hence be clearly seen as a direct result of the urban transition taking place in India over the last 30 years.

Collaborative studies conducted by the CNRS, the Institute Pasteur and the National Institute of Malaria Research show that nearly 40 per cent of the population of New Delhi have been infected by the dengue virus at least once in their lifetime.

In addition, we were able to highlight an epidemiology of the virus. Because all parts of the city are now hyper-connected, emerging diseases such as dengue affect both privileged and more deprived areas, be they in the centre or peripheral or rural zones.

The social and spatial ubiquity of the disease demands a reevaluation of the geographical models that we use to understand public health problems, as no one knows how, or even where, to counter these diseases that affect not just countries such as India, but the entire planet.

While urban development is the matrix for emerging infectious diseases, one also expects these territories to be resilient to these new viruses, with better communication, sanitation and healthcare, among other attributes. But they do not seem to have been able to adapt: not only do the pathogens continue to spread, but they also emerge and spread more quickly.

How to tackle an invisible disease

The problem of managing these diseases arises along with the practices that have led to this lack of resilience. What we mainly find is an inequality in disease management, particularly in large cities and the zones between them.

In New Delhi, more than 35 hospitals record the number of patients suffering from dengue or chikungunya. Based on the data compiled, New Delhi is officially the most affected city in India due to higher numbers of hospitals that register the diseases. Because of the careful record-keeping, the numbers are seven times higher than in Mumbai or Chennai, which – officially at least – are little affected.

New Delhi’s monitoring network functions most efficiently at the city’s core, and thus infectious diseases are far better managed there than in peripheral municipalities, which are nonetheless an integral part of the metropolitan fabric. Despite the fact that 40 per cent of the urban population lives in towns with fewer than 100,000 inhabitants, small- and medium-size towns are excluded from this monitoring system.

Territories and infectious diseases are thus caught in a sort of “local globalisation” that requires us to question the concepts of borders, mobility and a spread of the specific urban model.

This process works against an effective management of epidemics: the more widespread diseases become, the more fragmented their management, and the greater their dependence on national, regional and urban health policies.

Adaptability and a reduction of inequalities

At present, the question of the management of infectious diseases is relatively absent in health/urban studies, all the more so when they are approached from a municipal perspective.

While local municipalities are at the forefront of efforts to contain the spread of infectious diseases, they are largely ignored by scientists and international organisations when it comes to adopting effective solutions.

While the emergence of these new diseases is the result of complex phenomena – including the rise in local and international mobility, accelerating climate change and the emergence of new viruses – the resilience of the territories lies precisely in their ability to maintain a measure of spatial and social equity.

Indeed, dispersed management efforts inexorably lead to these viruses spreading locally, regionally and internationally, even in what should be less-vulnerable spaces. The main challenge for India, and all the countries that face these risks, is thus to make the diseases that are currently invisible more visible where they exist. At the international level, the only way to do this is through sustainable cooperation.

Innovating with the cities

The other challenge is scientific. After having studied all the factors that affect the disease – from a pluridisciplinary perspective, necessarily – methods to contain them need to be developed that take into account the complexity of the cities. In particular, it is impossible to act everywhere in megalopolises.

Second, using big data, analyse the mobility patterns of millions of citizens and comparing them with the spread of viruses, and thus identify the spaces that need to be monitored. By closely targeting such systems, they may well have an impact beyond the local level. Nonetheless, containment only seems viable in the short term.

To control these diseases in a more sustainable manner, the health of the inhabitants has to become a key factor in urban development. This involves reforming the management of diseases, and hence of urban centres, developing more equitable urban infrastructures, and most of all, developing inclusive cities. In short, investments are required.

However, if the task is important, new approaches and new programmes – for example, smart cities or sustainable towns – may be a means of better containing these epidemics.

It is essential to ensure that these programmes do not remain concentrated in the most privileged areas, as they will have only a limited impact. These epidemics are a scourge, but also an opportunity: in a context where these infectious diseases do not recognise administrative frontiers, much less social ones, they may finally have a positive impact on urban development and encourage the development of more inclusive cities

(This article was originally published on The Conversation. Read the original article.