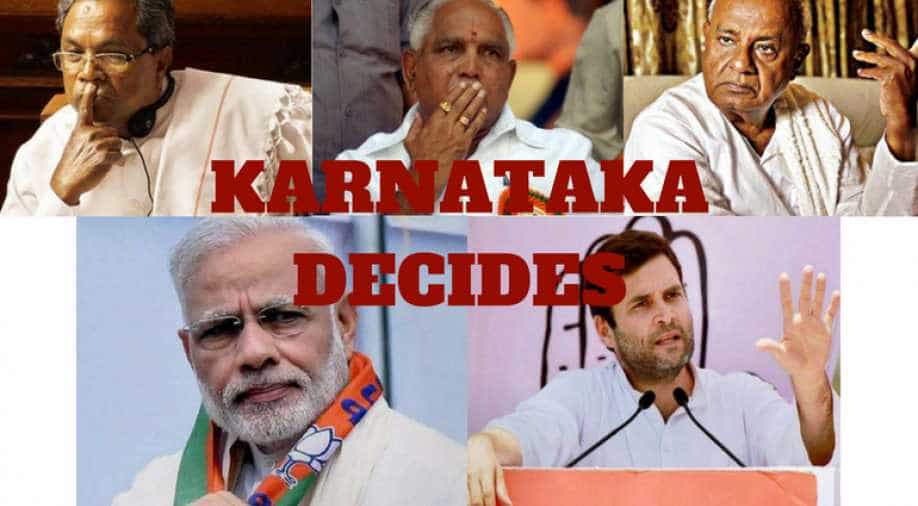 After a fractured mandate, political parties must strive to build coalitions and form a government. Elections are a costly affair and should not be held in close succession. But we must all be careful what we wish for. An undecided Karnataka threw up no single party that has a majority. Perhaps the people of the state were not too enamoured by the choices that they had, or it could be a simple case of poll arithmetic. But all said and done, to have chief minister from a party that finished third at the hustings both in terms of seats and vote percentages seems ‘undemocratic’.

When HD Kumaraswamy speaks about staking a claim or Siddaramaiah says his Congress party will extend unconditional support to Kumaraswamy’s JD(S), it isn’t about the numbers that they help on, it is as much about the spirit of democracy and upholding the mandate that has been given.

The precedent that’s been set by the Supreme Court is that the Governor invites the largest pre-poll alliance, then the single-largest parties. In 2015, hearing a public interest litigation, the then Chief Justice HL Dattu and Justice Amitava Roy had expressed their inability to step-in an act against two political parties that chose to form a post-poll alliance. Justice Roy observed that a promise made by a political party was not a promise enforceable by law.

Apart from the options stated above, there are two other options that were enumerated in the Sarkaria Commission recommendations, which were affirmed by a Constitution Bench of the Supreme Court in Rameshwar Prasad v Union of India in 2005. These are that the governor can invite a post-electoral coalition of parties, with all the partners in the coalition joining the government or that can invite a post-electoral alliance of parties, with some of the parties in the alliance forming a government and the remaining parties, including independents, supporting the government from outside.

The Congress has been harping on what happened in Goa last year where the Governor didn’t consult them even though they were the single largest party and went ahead after the BJP with the support of two other local parties staked claim. Post poll alliances aren’t new to the Indian context — but rarely has the experiment been in interests of the populace if the party that won the most seats or the party that finished second doesn’t manage to lead the government. Remember Madhu Koda anyone — the independent who became Jharkhand chief minister for almost 2 years in 2006. That experiment didn’t augur too well for the people of Jharkhand, did it? He allegedly made 4000-crore rupees in a mining scam, for which he was convicted in 2017 to three years in jail.

We clearly live in interesting times where phone connections are pre-paid and political alliances are post-poll, where consumers have number portability and the parties port ideologies. Politics makes strange bedfellows, no permanent foes or friends and certainly no untouchables. In the land of Mahatma Gandhi where the journey is more important than the destination, we seem to be surrounded by Machiavellian princes for whom the end justifies the means. The only question that then remains is what justifies the end?